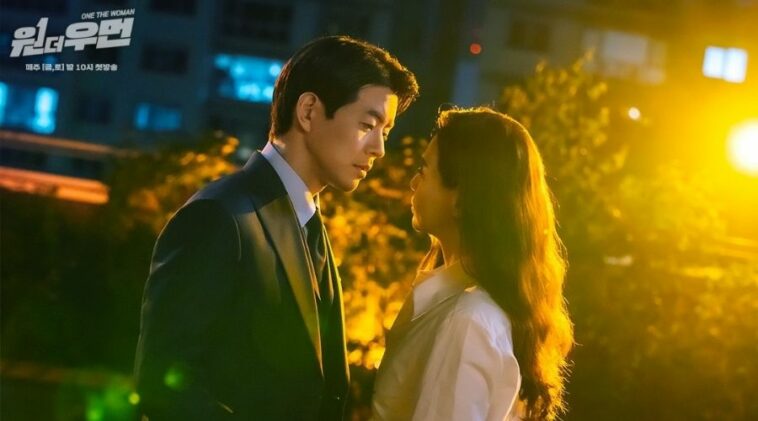 The fans of Korean drama with a romantic comedy genre will be happy because of the release of One the Woman.

One the Woman officially released on September 17, 2021, on SBS Network.

The process of the filmmaking of this drama began when all the cast gathered together to do a script reading in May 2021.

One the Woman is aired on SBS every Friday and Saturday at 22:00 KST and replaced the previous hit drama, Penthouse 3.

Synopsis of One the Woman

One day, she gets an accident that makes her lose her own memories.

After losing her memory, she then started to live in a wealthy family as Kang Mina (Lee Ha Nee) daughter-in-law.

On the other side, in this family, she meets the son of the family, Han Seung Wook (Lee Sang Yoon).

Even though he is successful in his job, he doesn’t have a first love until now.

His encounter with Jo Yeon Joo makes him involved with the life of a woman with a losing memory in his family.

As Jo Yeon Joo, she becomes a bright student from Seoul National University School of Law. Later, she gets a job as a prosecutor in Seoul Central District.

After losing her memory, she becomes the daughter-in-law of Hanju Group and daughter of Yumin Group.

He comes from a chaebol family as a third-generation. In his family, he is the onlyon and the boyfriend of Kang Mina.

The Hanju Group’s oldest daughter. She is very talented in the business field and becomes the sister-in-law of Kang Mina.

He is a friend of Jo Yeon Joo at the university. As the son of a wealthy family, he later gets a job as Seopyeong’s prosecutor.

Trailer of One the Woman