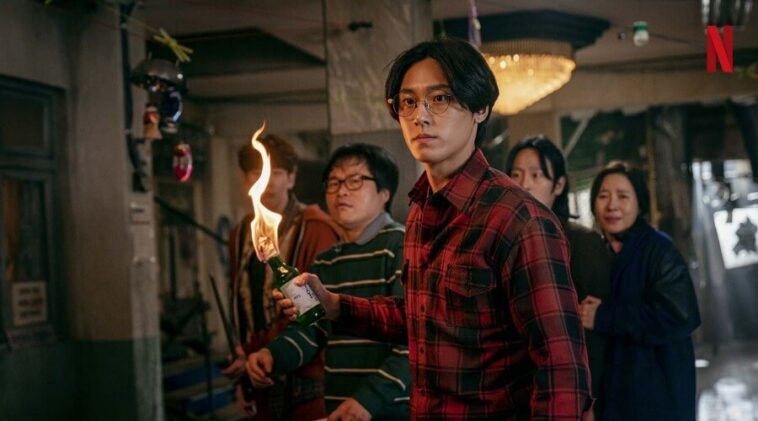 Sweet Home, a horror South Korean drama which was amazingly popular all around the world, made its release date on December 18, 2020 on Netflix.

This drama is an adaptation of a webtoon written by Kim Kan Bi and Hwang Young Chan with the same title in 2017.

Formerly, Song Kang had starred in Love Alarm in 2019 before filming this drama.

In his daily life, he lives his life as a student and a recluse. This makes him so rare to leave his own room.

Not only that, Hyun Su even doesn’t want to talk to his family. But unfortunately, one day, his family died because of a car accident, excepting him.

This condition makes him live in this world alone. Try to continue his life, he decides to move his place to a tiny apartment.

His moving then is followed by the scary phenomenon that overwrites all over the world. That phenomenon turns a human into a monster.

In that apartment, all the residents try hard to stay alive and fight for those monsters.

He finds himself getting into suicide after he recognizes all of his family die because of a car accident.

After that, he moves to Green Home and finds himself being trapped in the midst of the chaotic worldwide phenomenon.

He gets the power from the infected humans and becomes the superpower creature.

Everybody misunderstood him because of his appearance that is similar to gangster members. Sang Wook has a scar on his face that makes him unforgettable.

In her early life, she was a firefighter. Her fiancee suddenly disappears before they get married.

Yi Kyung is very good at doing martial art, but she has a big trust issue. Uniquely, Yi Kyung’s character only appears in the series, not in the webtoon.

A student of the medical field. As the Green Home’s survivors’ leader, he is able to handle all of the chaos with his super calm action and decision. He is also an older brother of Lee Eun Yoo.

He actually lives in 1506 and becomes a teacher for the Korean language. Besides, he is also a religious Christian.

Jae Heon owns a jingum to protect himself and also others.

The younger sister of Lee Eun Hyuk. Previously, she works as a professional ballerina. But because of an injury, she had to quit her ballerina life.

She once became the guitarist after she moves to Green Home because of the suicide of her own boyfriend. Ji Su was protected by Jung Jae Heon.

She is a caregiver for Ahn Gil Seop who has asthma.

An ill patient who lives with Yu Ri, his own caregiver.

The resident of 1408 and becomes Hyun Soo’s neighbor. He lives in his wheelchair after he gets done with his work in the military. He is also very good at weapons-making.