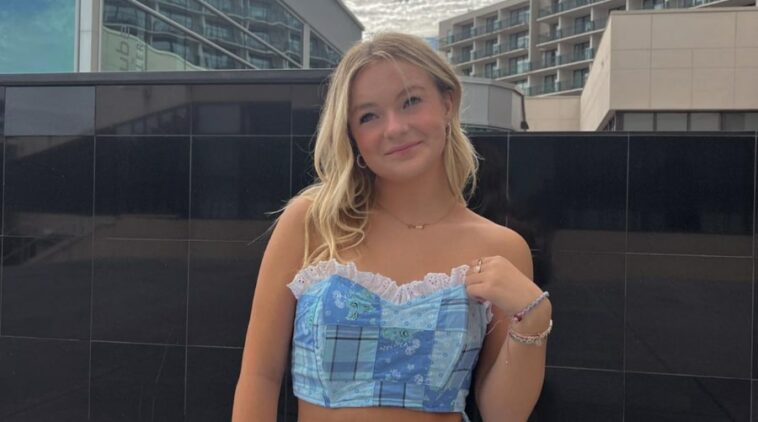 She becomes famous because of her dance videos and lifestyle content on TikTok and her debut on the Dancing Moms Season 8 TV show in 2019.

Pressley Hosbach has been shining since she was 3 years old. She did dance and act, and her mom always supported and encouraged her.

In 2016, she worked as a backup dancer at Justin Bieber’s Purpose Tour concert.

Most of her posting was dancing and she posted on her YouTube too. Her YouTube has more than 120k subscribers.

In 2019,  she starts her debut on Dance Moms Seasons 8. While participating in the show, she gained a lot of attention so she was able to gain a lot of fans.

Not only that, but Pressley also tried a career in modeling with various companies, including Pulitzer, Children’s Place, Bloomingdale’s, Parents Magazine, Nancy Vuu, Toys R Us, and New York Fashion Week.

In 2019, there’s speculation that she has been dating Brady Farrar, a dancer. There is no further information about their relationship, but currently, Pressley Hosbach is single.

Pressley Hosbach’s net worth is around $1.2 million – $1.5 million. Her main source of net worth is from her modeling and television show.

“We rise by lifting others!!”

“Always been a beach girl.”

“There’s always a reason to smile.”

“Such an iconic halftime show. They are literally the avengers of hip hop”

“We rise by lifting others!! let’s fill the comments with positivity! tag someone and give them compliment kindness is a gift everyone can afford to give!.”

Pressley Hosbach has loved dancing and acting since she was a little girl, and she also dreamt of becoming a professional dancer and performer.

She has already achieved this goal and is just waiting for her to shine even brighter.