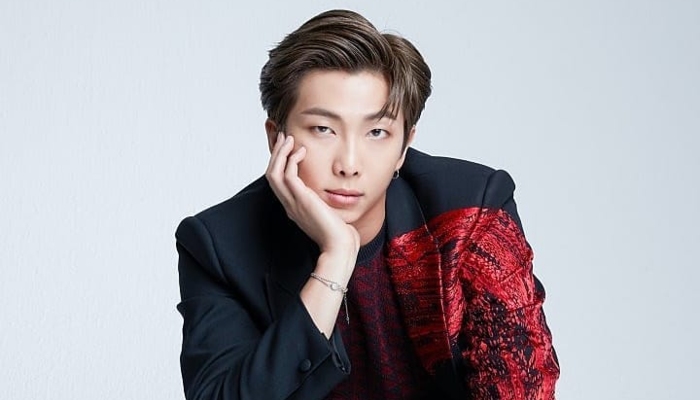 RM first tried to get into the music industry by auditioning for Big Deal Records in 2009. He failed his audition as he forgot all the lyrics.

But RM managed to exchange contact information with rapper Sleepy who later on mentioned RM to Big Hit Entertainment’s CEO.

The man from Seoul was offered a spot in the record label which he accepted immediately.

From 2010, he trained as a trainee for 3 years with future BTS members Suga and J-Hope. During this period, this K-pop star performed on five pre-debut tracks.

He had also shown his talent in songwriting early on. RM worked with girl group Glam as their songwriter. He even helped write their highly acclaimed debut single Party (XXO).

On June 2013, he finally made his debut with BTS. They released the debut single album 2 Cool 4 Skool.

This Virgo man got several writing credits in this album for songs such as We Are Bulletproof Pt.2, No More Dream, I Like It, and Outro: Circle Room Cypher.

This is only the beginning of RM songwriting journey as he would write more songs for other BTS albums.

The man born in 1994 first made his solo debut under BTS by performing in the intro of their first EP O!RUL8,2? He would made another solo performance for BTS first studio album Dark & Wild. The rap track was released under the Intro: What Am I to You?

He had also worked with hip hop group MFBTY as a feature artist for the song Bucku Bucku. He even made appearance in the music video.

His other collaborations included Change with Rapper Wale, Champion Remix with Fall Out Boy, Timeless with Tiger JK, Crying Over You with Honne and BEKA.

Outside his project with BTS, RM has released two mix-tape called RM in 2015 and Mono in 2018. RM has 11 tracks all written by himself.

It featured many different topics throughout the tracks such as RM’s past in Voice and the idea that you’re you and I’m me in Do You.

His second mix-tape Mono features seven track, in which he got involved in all of them.

RM was praised for being able to lay down his insecurities on the track Tokyo and Seoul. The mix-tape was critically well received.

1. The random pop of colors looks amazing on RM

2. He is looking warm and comfy under this soft light

3. The smile that could melt anyone’s heart

4. RM can also channel his bad boy side with this leather jacket and pushed back hair

5. His bright pink hair takes center stage in this all white photoshoot

RM is someone with a big dream who is ready to make it a reality. As the leader of BTS, he would surely make sure his fellow members also experience this success.