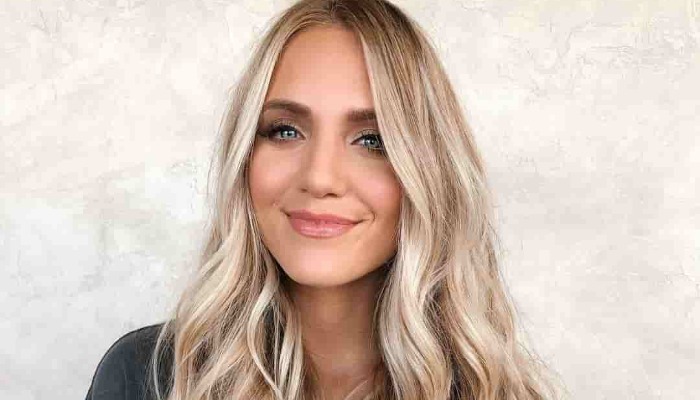 Savannah LaBrant has been widely known for her channel, The LaBrant Fam, along with her husband, Cole Labrant, and her children, Everleigh, Posie, and Zealand.

She gained millions of subscribers and followers on social media.

Yet, Savannah’s journey to fame isn’t easy. She started as a fashion blogger and briefly worked as a model after graduating from high school.

She also began her career as a photographer, then created a business website named Little Red Rose Photography.

Later, she dated Cole Labrant and started a YouTube channel named Cole&Sav. The couple changed the channel’s name into The Labrant Family after they had a child in 2018.

It got a Diamond Play Button from YouTube in August 2019. She was also invited to The Ellen DeGeneres Show in August 2019, alongside her husband.

The channel was nominated for the 2019 Streamy Awards for Kids and Family category.

2. Her blue eyes are head-turning

4. Her  side profile is amazing

5. Savannah is the fashionista!

Savannah LaBrant has lived her best life as a mother, wife, and internet personality. She has inspired other people to share a love for their family.