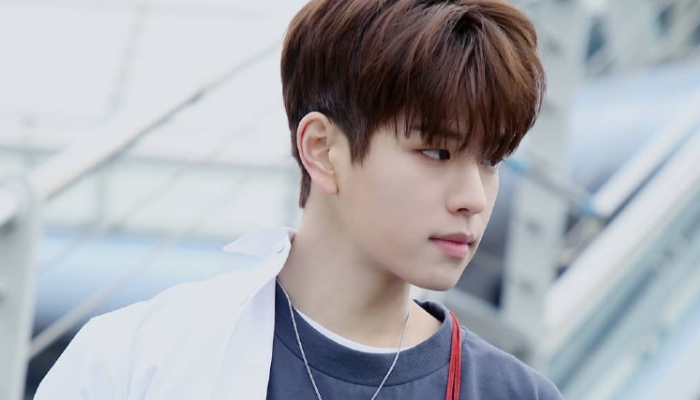 Seungmin first joined JYP Entertainment in January 2017. He got the spot in the agency after being the runner up on JYPE’s 13th Open Audition.

Just few months later in October 2017, Seungmin joined a trainee vs JYP survival show. The goal of this show is to launch a new boyband.

To earn his debut, this man from Seoul must work with 8 other participants through series of challenges. In the end, all 9 of them managed to impress the company and they all got to debut.

The 9 members formed a group called Stray Kids. They released their pre-debut EP called Mixtape. It has several songs from the reality show, including the hit song Hellevator.

On March 2018, Seungmin officially made his debut with Stray Kids with the EP I Am Not.

It was released along with a music video for the title track District 9. The EP debuted at number four on Gaon Album Chart.

The group got more recognition with the release of their first studio album in June 2020.

Other than being in Stray Kids, this K-pop star is also part of the sub-unit Vocal Racha. In September 2020, the group released their first song My Universe.

1. Seungmin looks handsome in this outfit

3. He always has great style

4. A simple hoodie also looks great on him

5. Seungmin with an adorable look on his face

Seungmin is for sure one talented singer. His voice always gives lives to every Stray Kids’ songs.