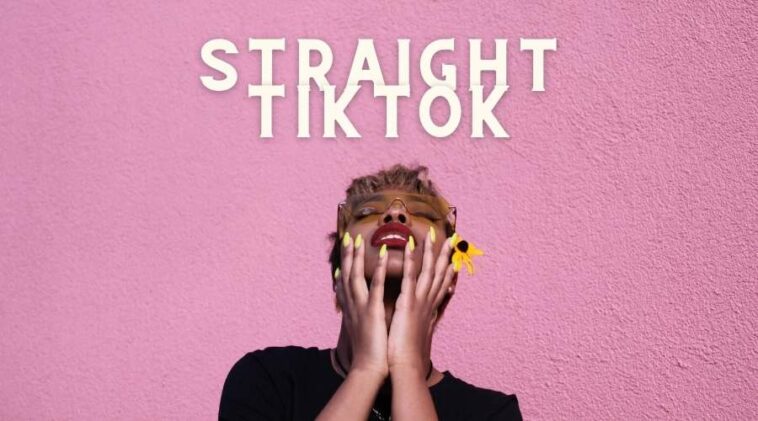 These days, the term ‘Straight TikTok’ started to be popular after a lot of TikTok users felt exhausted with monotonous content.

Even though many people use this term when using TikTok, there are still some people who don’t even know what it is.

So, in this article, we will be pleased to let you know the meaning of Straight TikTok comprehensively.

Read also: What is Alt TikTok? Meaning and Origin

People who don’t have any idea about this term might point out that this term has something to do with sexuality.

Oppositely, this kind of term is not talking about it at all. Instead, this term is used to categorize TikTok creators and content who post old lame videos.

Some videos that are under this category are labeled as dull and uninteresting videos, such as dances, lip-sync, or even point-of-view (POV) videos.

Another type of content that is under this category is a thirst-trap video that has the purpose to grab the attention of others.

Actually, there is no clear explanation about when did this term appear on the TikTok society for the first time.

Even so, there are some people who assume this term came right after Alt TikTok users started to exist on TikTok.

The creators who are under this category might be the early generations of TikTok users, such as TikTok celebrities who are popular with their dance and lip-sync videos.

After that, little by little artsy people came to TikTok and provided new, fresh content that was completely different from Straight TikTok.

That difference then later became the starting point where the comparison between Straight TikTok and Alt TikTok began.

Read also: What is XYZCBA? Meaning and Origin

So, now you know a little bit about the term Straight TikTok, right? It might be a little confusing at first knowing this term.

But it surely does help you to understand what type of TikTok content that you want to see or create. Overall, there is nothing wrong with Straight TikTok, of course!