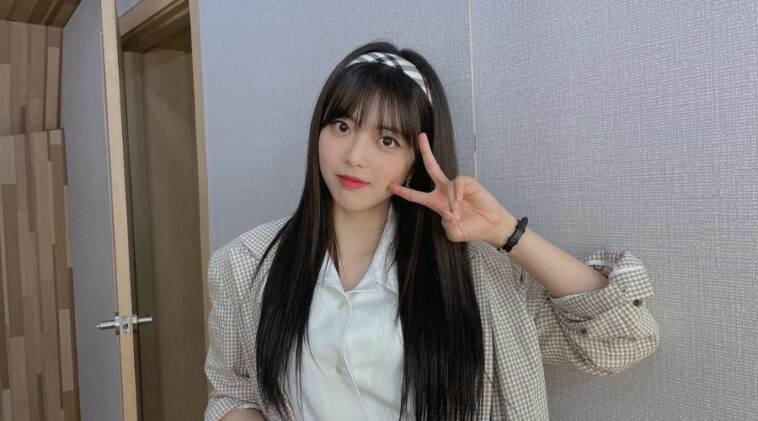 Suyeon initially started her career as an entertainer when she joined CJ E&M as a trainee. After doing some practice, she then decided to try WM Entertainment.

But still, she felt the need to try another agency. After some considerations, Suyeon then finally chose Fantagio Entertainment to be a trainee.

She trained hard in that agency to prepare for her debut someday. Her hard works then finally were paid off when the agency announced her as Weki Meki’s last member on 4th June 2017.

Followed by the announcement, this girl then made a debut with the group by releasing Weme as their first EP on 8th August 2017.

One year later, she released an OST alongside Elly and Doyeon for K-Drama Gangnam Beauty, Love Diamond.

In 2019, Soyeon tried another challenge by joining a competition show called V-1. Unfortunately, she got eliminated when the second round came over.

1. We love how relaxed she is even when she wears office suit

2. A cutie that looks badass

3. She’s so happy exploring the nature

4. The beautiful girl who melts our heart

Suyeon isn’t only the epitome of a good leader, but she also proves us that she’s an actual performer. Such a badass idol!