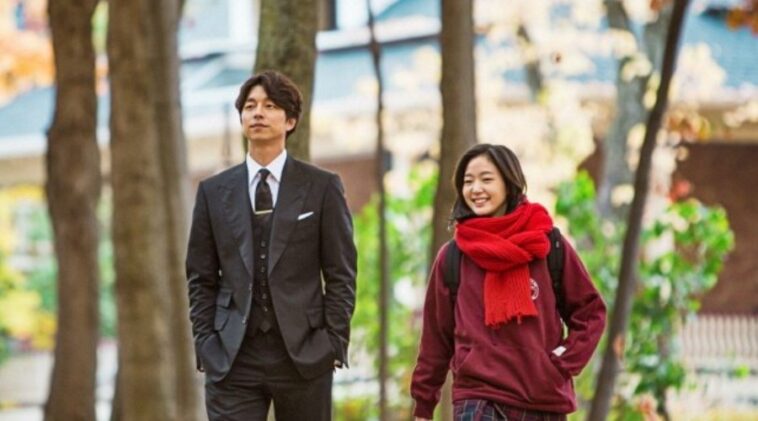 The production process was started by the reading process for all the cast, which started on August 30, 2016, in Samgamdong, South Korea.

The filming process itself started in September 2016 in South Korea and October 2016 in Canada for some episodes.

Goblin is starred by the legend actor, Gong Yoo, as the male lead and Kim Go Eun as the opponent actress.

The Goblin character, Gong Yoo, had become the main actor for several dramas, like Coffee Prince (2007), and Big (2012).

Goblin was aired every Friday and Saturday at 20:00 KST and replaced the previous tvN drama, The K2.

Actually, the goblin was a strong military general during the Goryeo era. His real name is Kim Shin (Gong Yoo) but he turned into a goblin because he was killed by the King (Kim Min Jae).

After he was killed, he got the immortal life as a goblin that he initially thought that it was a blessing but actually, it was a curse.

To end his curse, he has to find his bride. After spending 900 years searching for his bride, he finally met Ji Eun Tak (Kim Go Eun), a young woman who was saved by him when the accident hit her in her childhood.

After Eun Tak’s life is being saved, she has the ability to see ghosts and mystical creatures. She also always hears the whispers that said she is the Goblin’s bride.

No longer after that, her mother died. She then moved to her aunt’s house but didn’t get the nice treatment from them.

Shortly, she meets again with Kim Shin on her birthday when she blows the birthday candle. From this accident, she later moves to Kim Shin’s house alongside Grim Reaper (Lee Dong Wook).

The time passes by and Eun Tak says that she is the Goblin’s bride.

A 939 years old goblin who has been searching for his bride for over 900 years old. He is powerful but he is always lonely because he always sees the death of the closest people around him.

One day, he meets Ji Eun Tak, her bride which makes him fall in love.

A 19 years old girl who is super bright, bubbly, optimistic, and has a grand dream. Even though she looks cheerful outside, she had experienced a lot of struggles in her life.

Since she was just a child, she was destined to be the goblin’s bride.

A super handsome Angel of Death who is cold and a bit merciless.

He is the reincarnation of Wang Yeo, the young King who had killed goblin in the past. He falls in love with Sunny, his queen in the past life.

A chicken restaurant’s owner who is beautiful and attractive. She hires Ji Eun Tak as her employee and later becomes her best friend.

In the past, she was Wang Yeo’s queen and she meets again with the reincarnation of Wang Yeo, Grim Reaper.

He is the only one grandson from the family of Yoo, the family who is responsible to take care of Goblin. He is rebellious, kind, but spoiled.