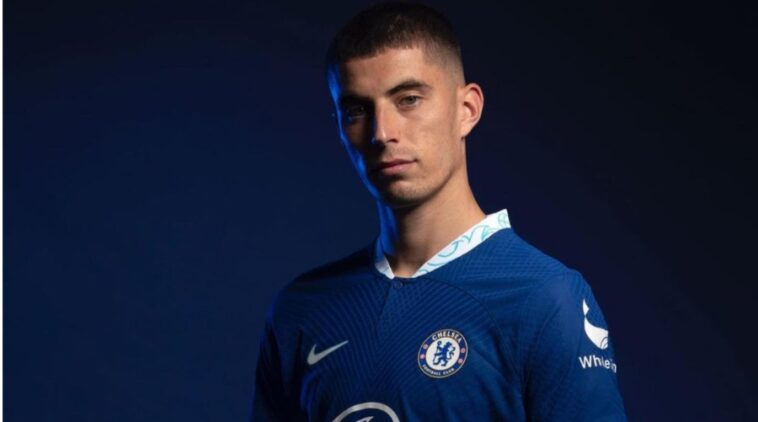 Kai Havertz was introduced to football by his grandfather. Living in a place near a football field also helped his passion for football.

He then spent his days practicing football under the guidance of his grandfather, and at the age of 4, he began playing for a local team, Alemannia Mariadorf.

His talent got him placed in the group of two years older than him and by the age of 9.

His family then began taking action on helping him get a contract with a football team where he could have a competitive career.

He joined the biggest club in his region, Alemmania Aachen, when he was 10 but he only last a year because he was above the level of the club.

That’s when scouts began for Kai and when he had a match against Bayern Leverkusen, the coach, Slawomir Czarniecki initiating a transfer for him.

When he was 19, he helped Bayer Leverkusen to Champions League and became the captain at the age of 21.

In 2020, he signed a five year contract with Chelsea and became the second expensive signing player at the club. He made his debut with Chelsea in a match against Brighton & Hove Albion in the league opener.

“I try to play good football. I am not thinking about my market value when I enter the pitch.”

“I wanted to find a club with a vision. There’s a change happening right now. We’re a young team with many great players. We play offensive. That’s very motivating.”

“I am not a buff guy who’s working out at the gym after practice.”

“I really don’t know what to say, i waited a long time for this.”

“People who want to jump on to criticise should just wait and give a young player time. I know the player that Havertz is going to be.”

“It was important for us that we didn’t throw everything overboard after the lost game against France, but stuck to our plan, we trust the coach, we trust the system.”

His grandfather played a big part in his foundation in football, and with his family’s support, he could get use of his talent in football.