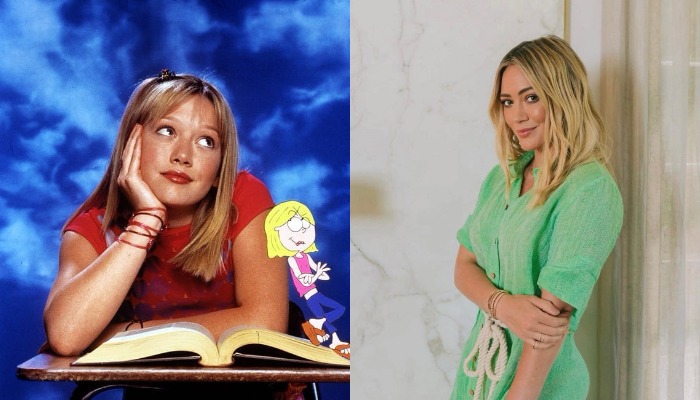 Do you still remember some children celebrities in the last 90s? They looked so cute and adorable back then. However, all of them already grown up and be a beautiful lady and handsome man.

Many former celebrities even look so different when they were young.

Abligail Breslin played Signed movie in 2002 when she was three years old. Breslin is an American singer and actress who has a huge fans.

Now, she is 24 years old. Her last movie is Double Tap (2019). She looks so different and gorgeous right now.

Now, this young lady is in her 27 years old. Stoner focuses in writing song. She wrote a track Stripped Bare in February 2019.

Anna Chlumsky plays with Macaulay Culkin in movie My Girl (1991) as Vada Sultenfuss. She was a bright and adorable kid who has lovely smile.

She is in her 40 on 3 December ago. She always looks amazing and gorgeous as she grew up. Now, She already married with an entrepreneur and having 2 beautiful children.

Read more: Here are 10 Celebrity Phobias, The Scariest Thing For Them

Danica Camkellar has grown up to be a wonderful lady. She played in Winnie Cooper television series when she was young and people love her acting.

She married with Mike Comrie in 2016 until 2019. Then, she got married with Matthew Koma and having 2 children. Now, she is busy writing her novels My Little Brave Girl.

Jonathan Lipnicki, a boy in Stuart Litte (1999) and The Little Vampire (2000) looks so different as he grew up. He looks so handsome and manly. His latest movie is Broil in 2020.

Joshua Jackson is a former child star in his teen drama Dawson’s Creek as Pacey Witter (1998-2003).

His partner is Jodie Turner Smith and he already has one child. Now, he plays in television series Little Fire Everywhere as Bill Richardson.

Wow! Kevin Schmidt looks do different as he grows up. People recognized him as Nuh Newman in The Young And Restless, American soap opera. In 2018, he played a movie called Randy’s canvas as Clinton.

What do you think about their transformation? Do you think they look cooler and more attractive as they got older?