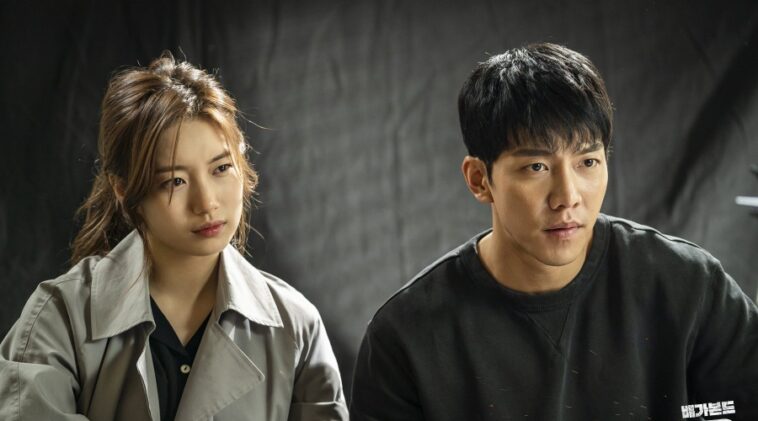 Vagabond became the top popular Korean drama when it started its release period from September 20, 2019, to November 23, 2019.

The script reading process for all casts happened in June 2018, meanwhile, the filming period was finished in May 2019.

The interesting fact is, both of Bae Suzy and Lee Seung Gi had become the main actors together for a drama called Gu Family Book in 2013.

Vagabond was aired every Friday and Saturday at 22:00 KST on SBS to replace the previous SBS drama, Doctor John.

Dreaming to be a popular actor in the action genre, Cha Dal Geon (Lee Seung Gi) becomes a stunt man as his starting point.

While his dream makes him struggling, he got another responsibility to be a guardian of his own nephew.

He is responsible to take care of his nephew’s flight from South Korea to Morocco to attend an exhibition for taekwondo.

Unfortunately, the flight doesn’t run well and at the destination, he finds someone suspicious that he assumes that person is someone who sabotages the flight.

On the other side, there is a NIS agent, Go Hae Ri (Bae Suzy) who works in Morocco. She is responsible to handle the Moroccon fatal flight.

From this opportunity, they finally meet each other and start their journey to solve the problem.

Read more: A Gentleman and A Young Lady – Cast & Summary

A stuntman but has a grand dream to be a popular action actor. After being a guardian of his nephew, the accident of the crash flight makes him involved in a terrorist conspiracy.

This makes him become a part of Go Hae Ri’s journey to find justice.

One of an agent of NIS. Initially, she just wants to be a civil servant in the shape of support for her own family, but later, she becomes a secret agent.

He is a wise, righteous, and charismatic man and works as the NIS information team’s leader.

People at the Blue House