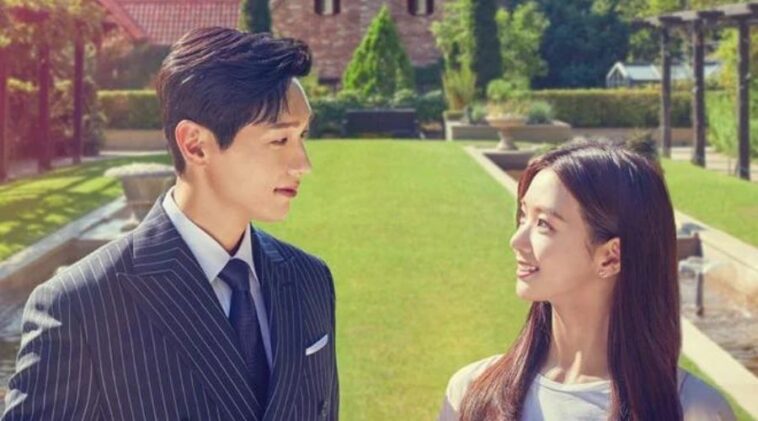 A Gentleman and A Young Lady has just started its release date on September 25, 2021.

This drama is starred by Ji Hyun Woo as the male lead actor and Lee Se Hee as the female lead actress.

Lee Se Hee was finally chosen to play the character, Park Dan Dan, from 500 applicants in the audition.

A Gentleman and A Young Lady is aired every Saturday and Sunday at 19:55 KST on KBS2 to replace Revolutionary Sisters.

Read more: Because This Is My First Life – Cast & Summary

Synopsis of A Gentleman and A Young Lady

This drama highlights a daily life of a widower, Lee Young Kook (Ji Hyun Woo) together with his lovely three children.

He becomes a widower after his wife dies several times ago. And yet, he hasn’t forgotten his wife at all.

After a long time, Young Kook finally makes a decision to hire a tutor for his kids. He finally selects Park Dan Dan (Lee Se Hee) as his kids’ tutor.

As time goes by, he finds himself becomes attracted towards her with her positivity and brightness.

He becomes a widower after his wife’s death. He is a chairman and a financial man who is super talented and charismatic. He lives with his three children.

She works as a tutor for Young Kook’s kids. Dan Dan is very bold, bright, and confident that makes Young Kook falls for her.

A butler for Lee Young Kook and has been crushing him for a long time.

Trailer of A Gentleman and A Young Lady

a gentleman and a young ladykorean drama