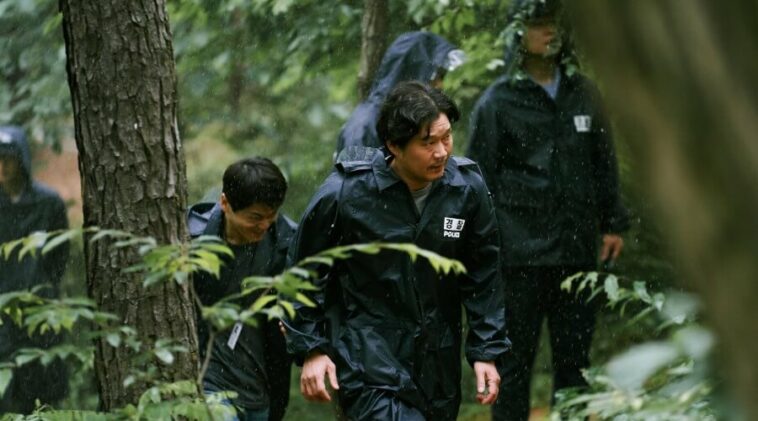 This drama is starred by Yoo Jae Myung, Han Ye Ri, and also Um Tae Goo as the different sides of the main characters.

Hometown is aired on tvN at 22:30 KST every Wednesday and Thursday to replace the previous tvN drama, The Road: The Tragedy of One.

Read more: A Gentleman and A Young Lady – Cast & Summary

This drama has a background of the year 1999, where there is a detective called Choi Hyung In (Yoo Jae Myung) who lives his life.

He still feels the pain because of her wife’s death 10 years before 1999. At that time, the death of his wife was caused by an attack from a terrorist.

Choi Hyung In finally got a chance to do an investigation of a small town’s murder case. After exploring the case, he assumes that case has something related to his wife’s death.

On the other side, Jo Jung Hyun (Han Ye Ri) has a label as a terrorist’s family. This label was given by society because her brother participated in that attack 10 years ago.

There is also a prisoner namely Jo Kyung Ho (Um Tae Goo), who went back to Korea in 1989. At that time, he was known to make a release of sarin gas when he was in a train station.

Read more: Because This Is My First Life – Cast & Summary

He is a brilliant detective who found his own wife died after a terrorist attack.

After investigating a murder case that makes him have to visit a small town, he directly makes an assumption about the correlation of that murder case with the previous terrorist attack.

Because Ye Ri’s brother took part in the 1989 terrorist attack, she lives in misery because everybody labels her as a terrorist’s family.

After her own daughter helps her, Ye Ri finally can continue her own life.

He is a terrorist who released a gas attack in 1989 at the train station.

People around Choi Hyung In