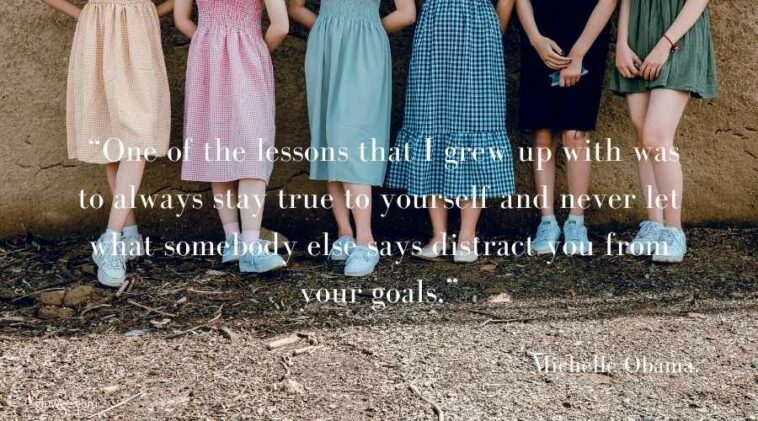 Women Empowerment Quotes – Women bring about change. many definitions that we can mention from a woman.

Women empowerment gives all women confidence, that strength and change can be born in the name of themselves and their identity.

Women with their opportunities and adventurers who are now able to become milestones of change that we can propose in expressing more with what great women do.

Women are the pillars of world progress. a lot has changed that many women’s participation and cooperation are doing around the world.

Women’s power is no longer limited to just being a housewife. however, many things have been done by women such as being a boss and being a world leader.

Empowerment women brings us to determination and essence. that, women can also build everything in its place.

Women have rights and obligations that can free the world from the shackles, and women can also change the world view by what they do.

For that, this time in honoring and also giving inspiration to all of us about empowering women who have changed the world with their views and movements that can motivate us all this time.

For that, here are 100 women empowerment quotes that inspire and lead us to new changes that have been made by many great women around the world.

Read also: 60 Mean Girls Quotes About World Of Women And Their Reality

Women Empowerment Quotes About Their Strength 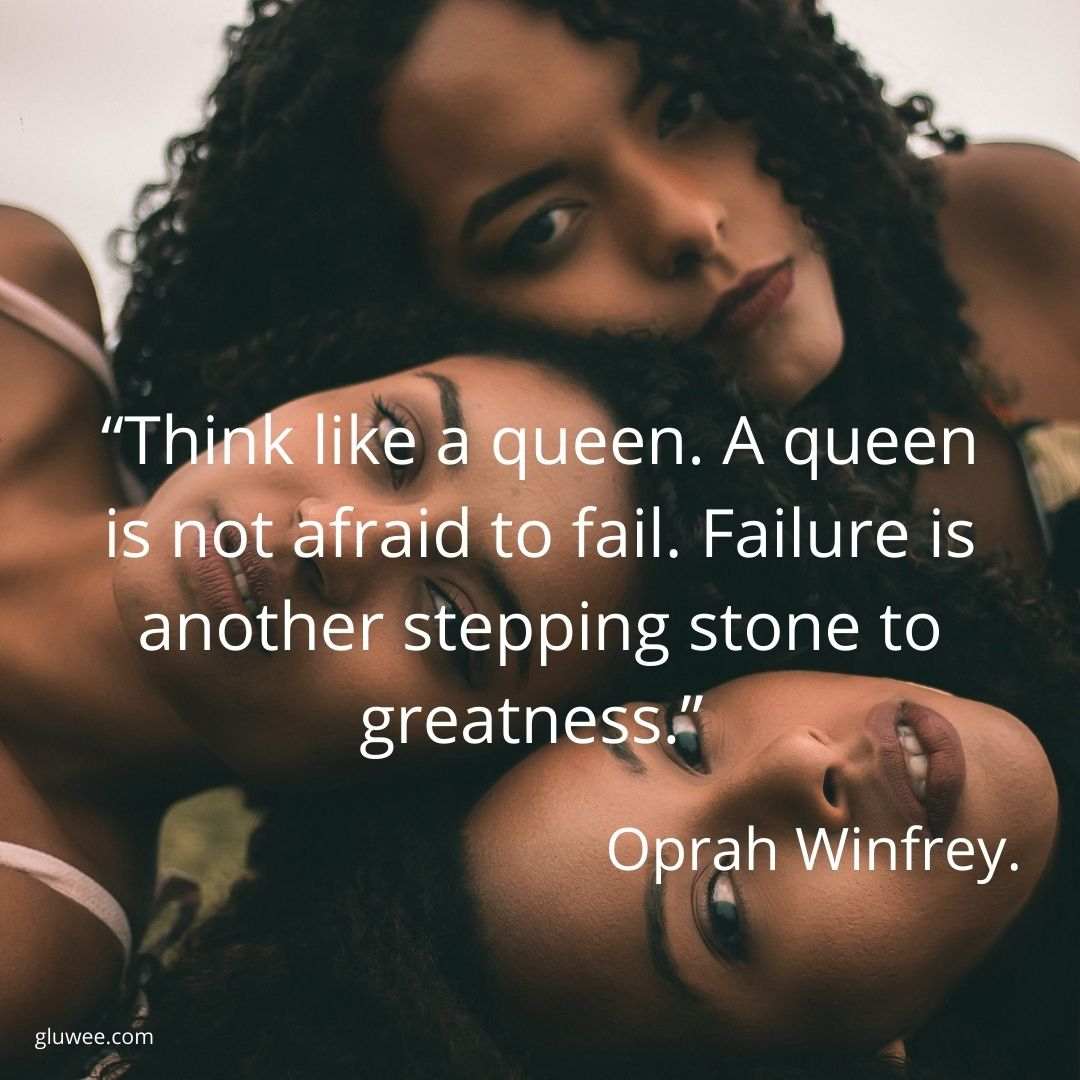 2. “I want every girl to know that her voice can change the world.” – Malala Yousafzai, Pakistani activist

3. “If there is a book that you want to read, but it hasn’t been written yet, you must be the one to write it.” – Toni Morrison, Author

5. “A girl should be two things: Who and what she wants.” – Coco Chanel, Designer

6. “Girls should never be afraid to be smart.” – Emma Watson, Actress

7. “Know what your worth is and then add tax to that amount.” – Unknown

8. “Women are the real architects of society.” – Cher, Singer

10. “There is no force more powerful than a woman determined to rise.” – W.E.B. Dubois, Sociologist

11. “To tell a woman everything she cannot do is to tell her what she can.” – Spanish Proverb

12. “Above all, be the heroine of your life. Not the victim.” – Nora Ephron, Journalist

15. “Life is tough, my darling, but so are you.” – Stephanie Bennett-Henry, Poet

16. “We realize the importance of our voice when we are silenced.” – Malala Yousafzai, Pakistani activist

17. “There is no tool for development more effective than the empowerment of women.” – Kofi Annan.

18. “The thing women have yet to learn is nobody gives you power. You just take it.” – Roseanne Barr.

19. “Women are not the problem. They’re the solution.” – Sheryl Wudunn.

20. “I am a woman with thoughts and questions and shit to say. I say if I’m beautiful. I say if I’m strong. You will not determine my story⁠, I will.” – Amy Schumer. 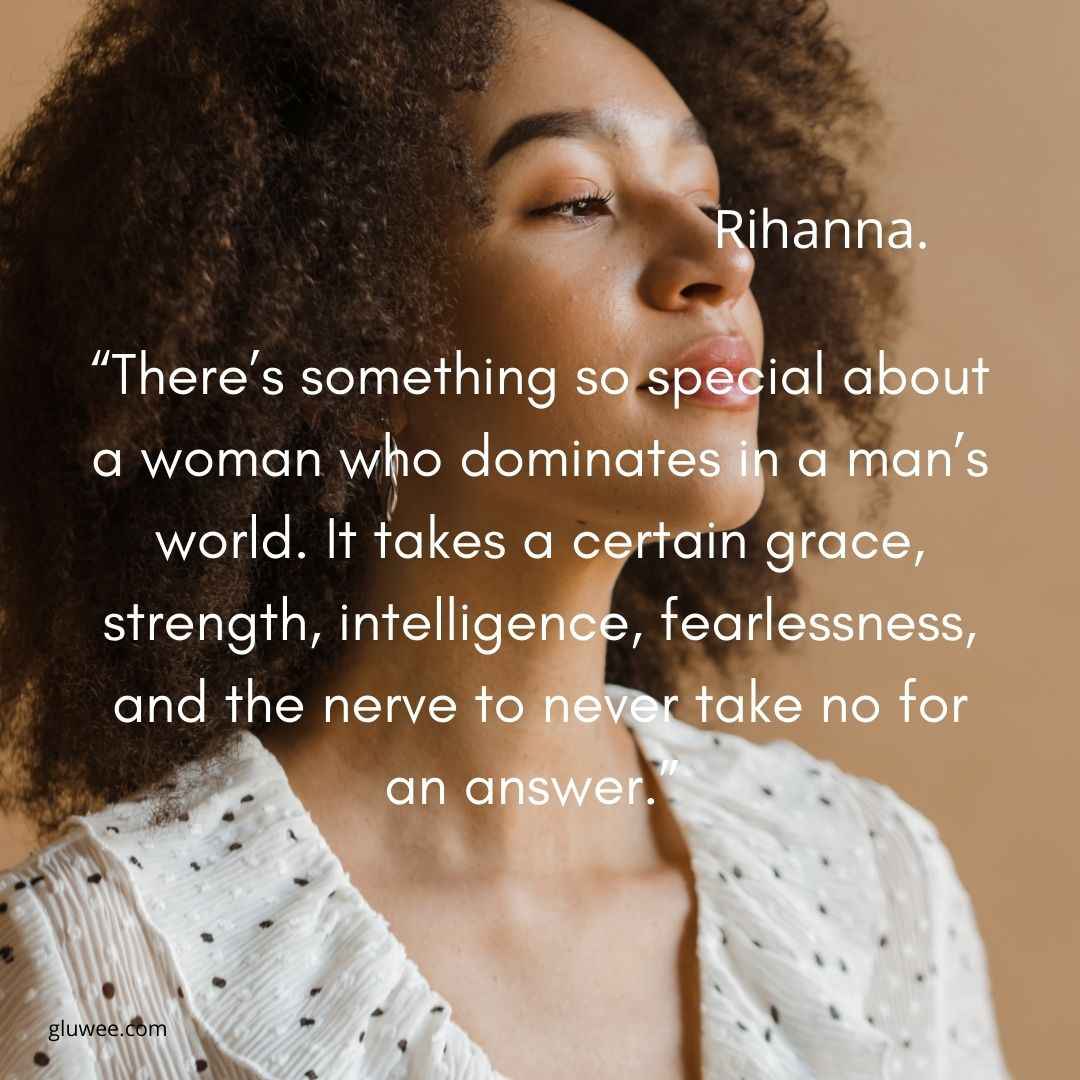 21. “Who knows what women can be when they are finally free to be themselves.” – Betty Friedan.

22. “A really strong woman accepts the war she went through and is ennobled by her scars.” – Carly Simon.

23. “If women understood and exercised their power they could remake the world.” – Emily Taft Douglas.

25. “Women are the real architects of society.” – Harriet Beecher Stowe.

26. “Every word a woman writes changes the story of the world, revises the official version.” – Carolyn See.

27. “There is nothing stronger than a broken woman who has rebuilt herself.” – Hannah Gadsby

28. “A woman is like a tea bag – you can’t tell how strong she is until you put her in hot water.” – Eleanor Roosevelt.

29. “Women have to harness their power – it’s absolutely true. It’s just learning not to take the first ‘no’. And if you can’t go straight ahead, you go around the corner.” – Cher.

30. “A woman is the full circle. Within her is the power to create, nurture and transform.” – Diane Mariechild.

31. “No woman should be told she can’t make decisions about her own body. When women’s rights are under attack, we fight back.” – Kamala Harris.

32. “I hate to hear you talk about women as if they were fine ladies instead of rational creatures. None of us want to be in calm water all our lives.” – Jane Austen.

33. “A strong woman is a woman determined to do something that others are determined not to be done.” – Marge Piercy

35. “The strongest actions for a woman is to love herself, be herself and shine amongst those who never believed she could.” – Unknown

36. “A successful woman is one who can build a firm foundation with the bricks others have thrown at her.” – Unknown

37. “Every woman’s success should be an inspiration to another. We’re strongest when we cheer each other on.” – Serena Williams, Athlete

39. “Like anything learned, bravery needs to be practiced.” – Caroline Paul, Author

40. “A strong woman builds her own world. She is one who is wise enough to know that it will attract the man she will gladly share it with.” –  Ellen J. Barrier, Singer/Songwriter 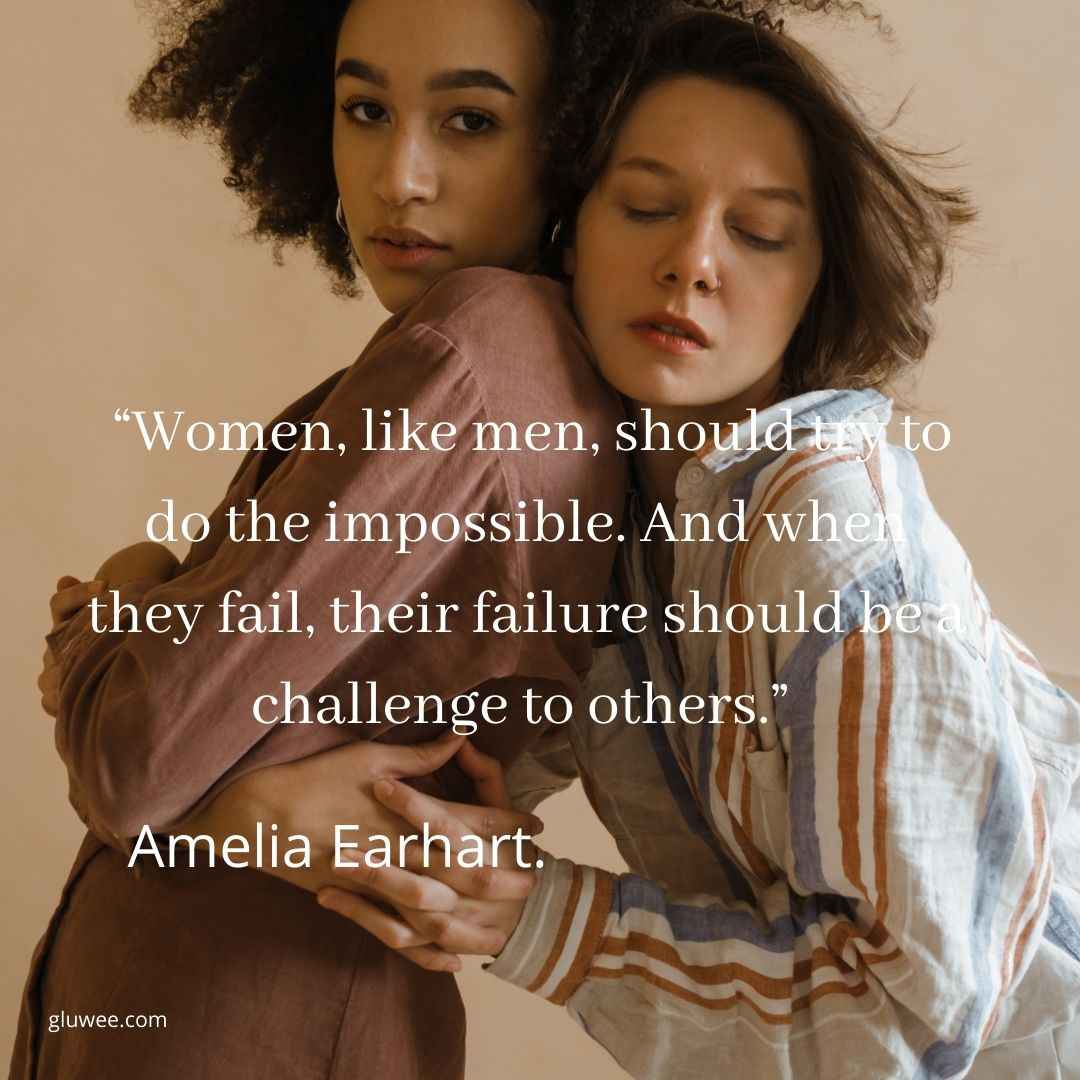 41. “A strong woman looks a challenge in the eye and gives it a wink.” – Gina Carey, Filmmaker

42. “Women don’t need to find a voice, they have a voice, and they need to feel empowered to use it, and people need to be encouraged to listen.” – Meghan Markle.

46. “I do not wish women to have power over men; but over themselves.” – Mary Shelley.

47. “In our thoughts and words we create our own weaknesses and our own strengths.” – Betty Eadie.

48. “No country can ever truly flourish if it stifles the potential of its women and deprives itself of the contributions of half its citizens” – Michelle Obama.

49. “A huge part of being a feminist is giving other women the freedom to make choices you might not necessarily make yourself.” – Lena Dunham.

50. “Every woman’s success should be an inspiration to another. We’re strongest when we cheer each other on.” – Serena Williams

51. “Optimism is the faith that leads to achievement.” – Helen Keller.

52. “My mission in life is not merely to survive, but to thrive; and to do so with some passion, some compassion, some humor, and some style.” – Maya Angelou.

53. “I do not wish women to have power over men; but over themselves.” – Mary Shelley.

55. “The way to achieve your own success is to be willing to help somebody else get it first.” – Iyanla Vanzant.

57. “One of the lessons that I grew up with was to always stay true to yourself and never let what somebody else says distract you from your goals.” – Michelle Obama.

59. “We’ve heard a lot about the Internet of Things, I think we need an Internet of Women.” – Christine Lagarde.

60. “Achieving gender equality requires the engagement of women and men, girls and boys. It is everyone’s responsibility.” – Ban Ki-Moon 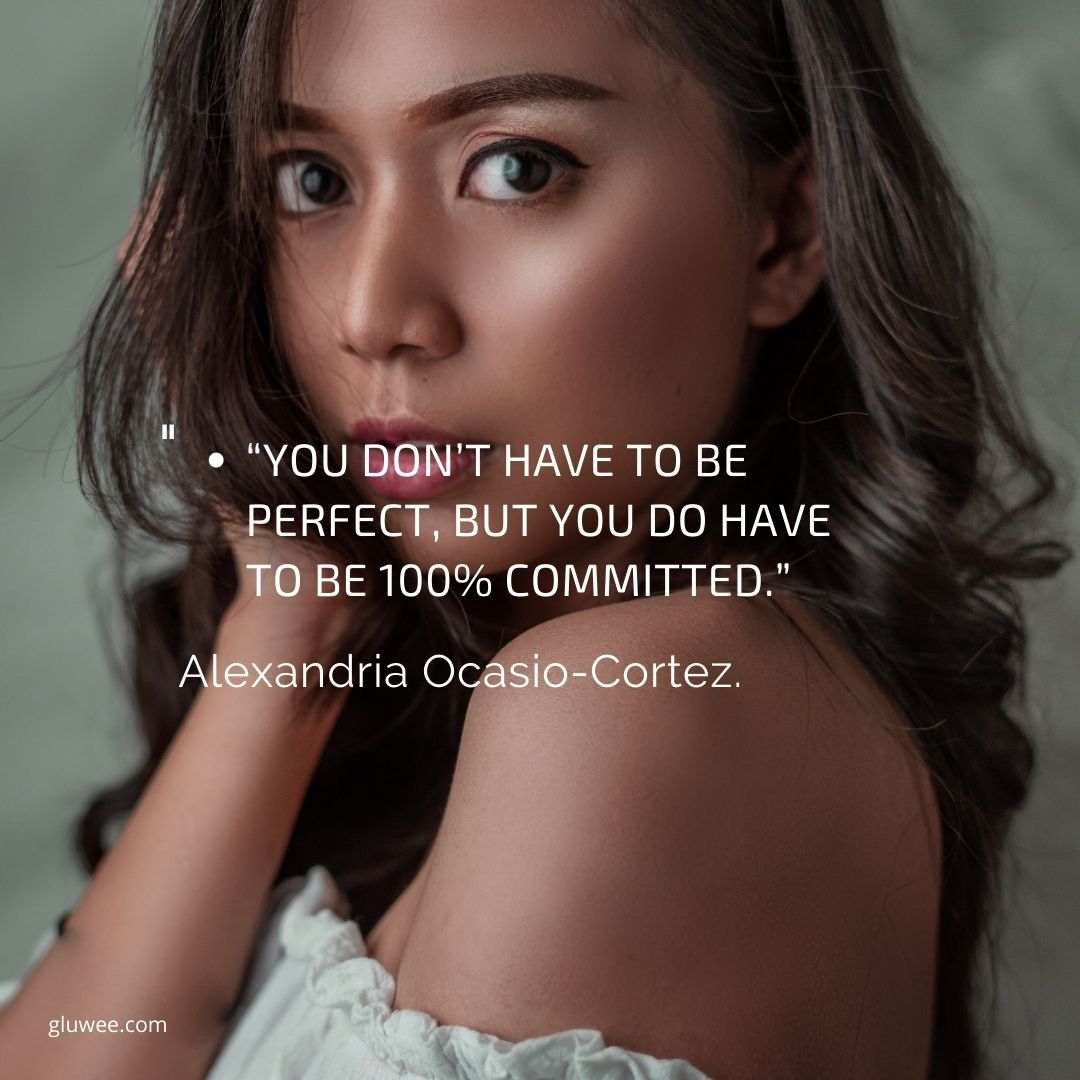 63. “Your life isn’t yours if you constantly care what others think.” – Unknown

64. “The most alluring thing a woman can have is confidence.” – Beyonce, Singer

65. “When women support each other, incredible things happen.” – Unknown

67. “If you obey all the rules, you miss all the fun.” – Katherine Hepburn, Actress

72. “The thing women have yet to learn is nobody gives you power. You just take it.”  – Roseanne Barr, Actress

73. “If you have knowledge, let others light their candles in it.” – Margaret Fuller, American journalist

75. “The best protection any woman can have is courage.” – Elizabeth Cady Stanton, Social Activist

76. “Extremists have shown what frightens them most: A girl with a book.” – Malala Tousafzai, Pakistani activist

77. “Begin each day as if it were on purpose.” – Mary Anne Radmacher, Author

78. “We do not need magic to transform our world. We carry all of the power we need inside ourselves already.” – J.K. Rowling, Author

79. “We need to reshape our own perception of how we view ourselves. We have to step up as women and take the lead.” – Beyonce 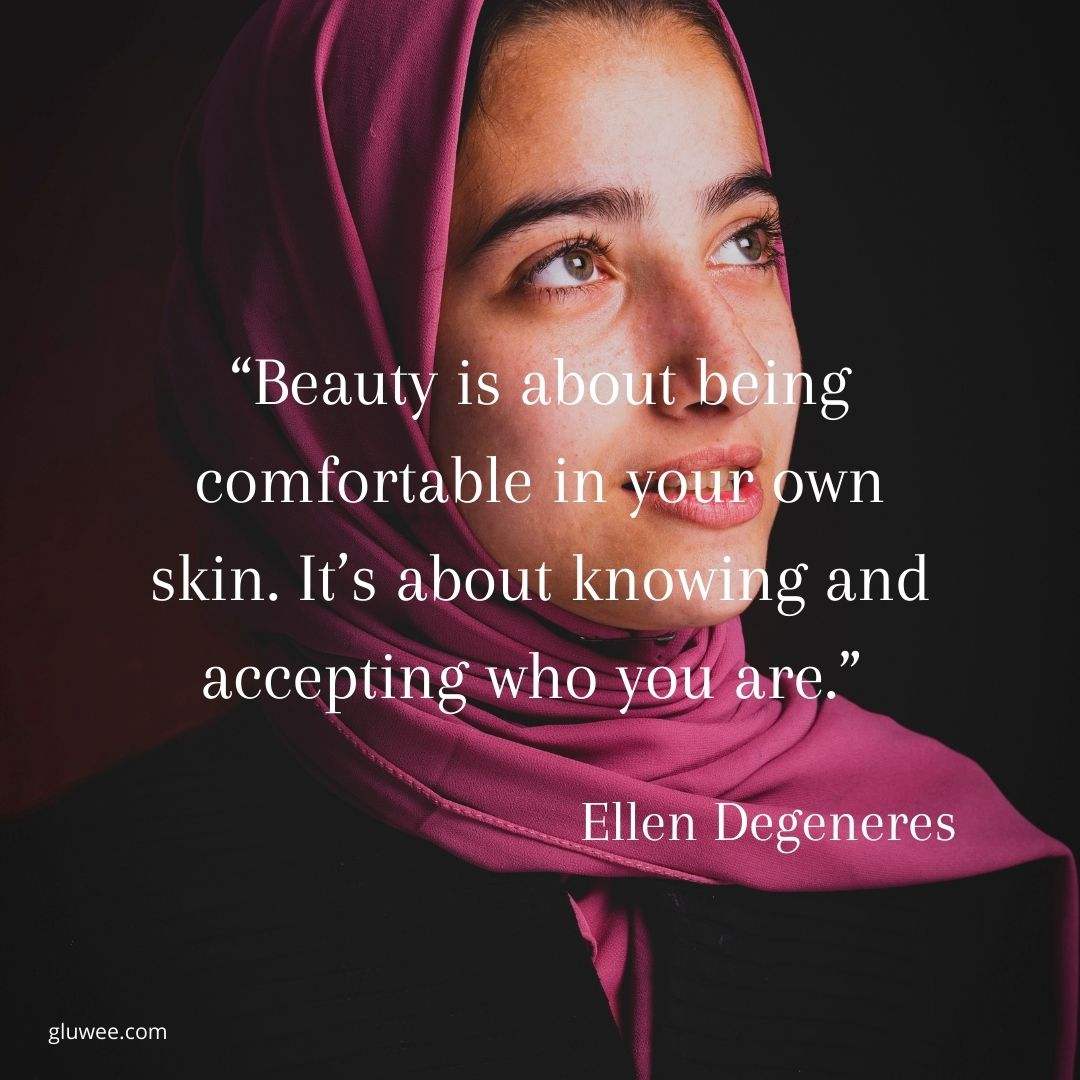 81. “Beauty is about being comfortable in your own skin. It’s about knowing and accepting who you are.” – Ellen Degeneres, Comedian

84. “for everything inside you, don’t be changes because for other. be yourself, because you’re beautiful for your way” – Unknown

85. “You were given this life because you are strong enough to live it.” – Unknown

89. “So often in life, things that you regard as an impediment turn out to be great, good fortune.” – Ruth Bader Ginsburg.

90. “If you want to be a true professional, do something outside yourself.” – Ruth Bader Ginsburg.

92. “Find something you’re passionate about and keep tremendously interested in it.” – Julia Child.

93. “Women, like men, should try to do the impossible. And when they fail, their failure should be a challenge to others.” – Amelia Earhart.

95. “A feminist is anyone who recognizes the equality and full humanity of women and men.” – Gloria Steinem.

98. “Think like a queen. A queen is not afraid to fail. Failure is another stepping stone to greatness.” – Oprah Winfrey.

99. “The thing women have yet to learn is nobody gives you power. You just take it.” – Roseanne Barr.

100. “There’s something so special about a woman who dominates in a man’s world. It takes a certain grace, strength, intelligence, fearlessness, and the nerve to never take no for an answer.” – Rihanna.

That was it, 100 women empowerment quotes that inspire and build us on changing how women’s roles are now, which are many evidences of the power of the world as inspiration for the success of a brilliant civilization.