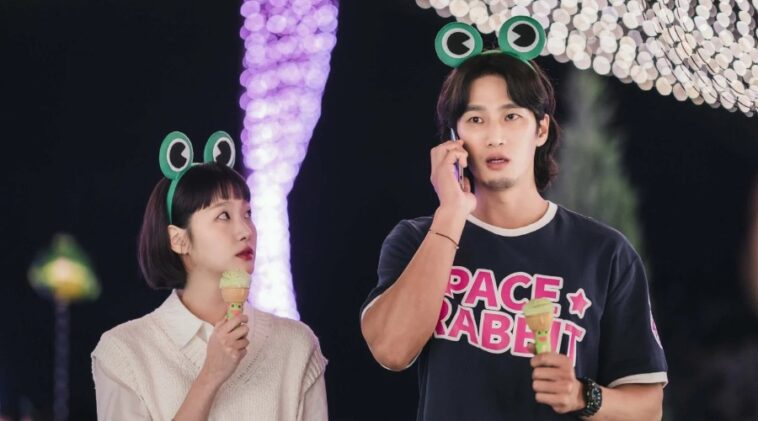 A romantic and psychological Korean drama called Yumi’s Cells has just started its airing date on previous September 17, 2021, on tvN and TVING.

Yumi’s Cells is an adaptation of a webtoon with the same title, which is written by Lee Dong Gun from 2015 to 2020.

Yumi’s Cells has its airing time on tvN and TVING every Friday and Saturday at 22:50 KST.

In her daily life, she lives her life as a working woman. And also, she’s still single and doesn’t have any partner to accompany her days.

Yumi then grows to be a person through a lot of work and romantic relationships. She also can find some happiness in her life.

Yumi also has brain cells that can express some emotions, like rationality, love, good, violence, and so on. But, these cells sometimes make her facing some troubles and emotions.

A single working woman with an ordinary life. She learns about a lot of emotions day by day and grows like a real person.

He works his daily life as a game developer at his company.

She is the co-worker of Yumi. She has a cute and beautiful face, and always tells everyone that she’s a dating expert.

Sae Yi is a colleague of Ku Woong at her company. She hustles to be the best art director in the game world.