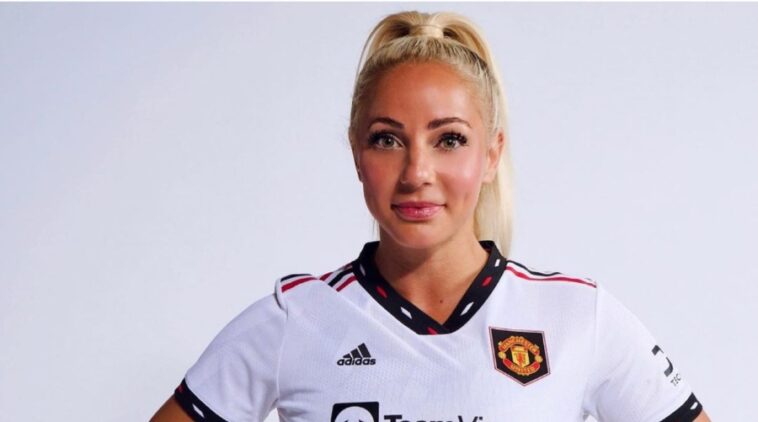 Adriana Leon has been into sports since she was a kid. She took figure skating as a sport she got into before turning to hockey when she was 10.

She played in minor hockey for seven seasons and won Provincial Women’s Hockey League in her final season.

She started playing football when she was in The Country Day School and played for Vaughan SC, Mississauga Falcons, and Brams United for the youth side.

In 2009, she played for Team Ontario and won bronze at the Canada Summer Games. She also became the top scorer at the tournament with seven goals.

When she was accepted on a scholarship to athletics and attended University of Notre Dame, she played for Notre Dame Fighting Irish women’s soccer team.

She began her professional career by joining Boston Breaker in 2013. Her professional debut was as a substitute for Sydney Leroux in a match against Western New York Flash.

In the same year, Boston Breakers traded her to Chicago Red Stars and she stayed with the club for three seasons.

The next year, she moved to FC Zurich and made five appearances. She made appearances in the Swiss Cup and scored a goal and three assists during a match against FC Luzern.

In 2016, she agreed to terminate her contract so that she could return to North America. Upon her comeback to North America, she rejoined Boston Breakers in 2017 season.

In 2018, Boston Breaker makes The Breakers ceased operations and redistributed their players within the league via the 2018 NWSL Dispersal Draft.

She was selected to join Sky Blue FC and made two substitute appearances before being traded to another club.

She helped West Ham United reach the FA Cup final for the first time in 2019 but lost to Manchester City.

She became the top scorer at West Ham United the following season before she decided to leave the club due to the expiration of her contract.

She later signed a two year contract with Manchester United in the 2022 summer transfer window.

Her international career began when she represented Canada at U-20 in the 2010 CONCACAF Women;s U-20 Championship.

She was given a call to join the senior Canada national team in 2013 at the friendly match in the 2013 Four Nations Tournament.

Her senior international debut began when she represented Canada against China in 2013. She played the full 90 minutes in the games and scoring a goal, led Canada to a victory.

“I’m a sports fanatic! I’ve always wanted to be – I knew I wanted to be a professional footballer from a young age and that was always the goal. So everything I did was for football.”

“I started playing football when I was three or four and I haven’t stopped since. So it’s been a big part of my life – sports in general.”

“I love how attacking-minded the team is, and they move the ball really well, and I know that Marc always brings that attacking mindset and it fits perfectly with my skillset. So I’m extremely excited to get started.”

“I pride myself on working hard. I want to be the hardest-working player out there.”

“I create goals, score goals and hopefully lots of those will be coming.”

“Just constantly playing sports all the time and just being super competitive with them.”

“I definitely have been through a few learning experiences, and it helps shape you as a person, helps grow your game and I definitely feel like it’s helped me progress as a player and as a person.”

“I feel like in women’s football it just keeps getting better and better.”

“To win. Win trophies, win and enjoy the experience, [and] create memories.”

“It’s been something that I’ve always gone from one sport to the other, doing a little bit of schoolwork in between! [laughs] But yeah, it’s been a big part of my life and I haven’t stopped since I started.”

“I was thinking about potentially doing the dual sport scholarship and playing both. I took a while to make my decision, but it seems like I made the right one, by sticking with football.”

Growing up playing one sport to another, Adriana Leon customized at athletic activity and it helped her gain composure in her football.