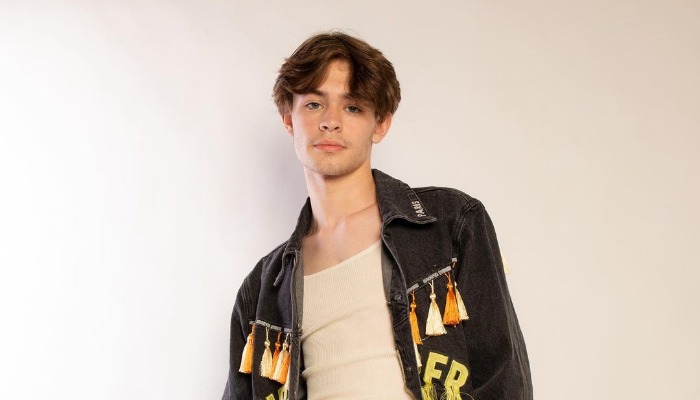 He often uploaded his fashion items, comedy sketches, and mini vlogs with his girlfriend, Avani Gregg.

Prior to gain a huge following, Anthony began uploading photos on his Instagram in November 2016. His first viral video was when he danced but hit his hand accidentally on a ceiling fan.

He then moved to Los Angeles after getting huge exposure and became one of the members of the TikTok group called Sway House, alongside Bryce Hall, Griffin Johnson, and Josh Richards.

In August 2019, he uploaded his first video on his self-titled YouTube channel. Besides his TikTok and Instagram, Anthony also earned a following on his Snapchat named AnthonyDReeves3.

Anthony’s profile has been featured in the famous magazine Seventeen and a media YouTube channel Heard Well.

He has also collaborated with other social media stars, including Amelie Zilber, Zach Pincince, and Adi Fishman.

2. Anthony sleeps on the ground wearing a black outfit

3. He wears a white T-shirt and orange pants

With his level of charm and handsomeness, Anthony Reeves has gained huge fans across his social media accounts.