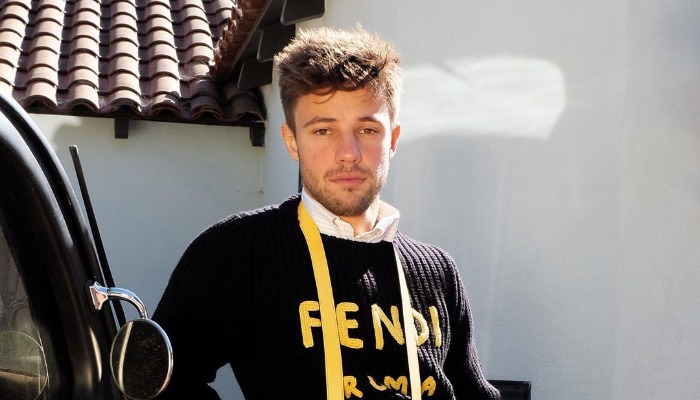 Cameron Dallas joined YouTube in September 2012. A year later, Cameron started posting videos on Vine about comedy and pranks on his family and friends. He gained a significant following over 8 million in just a year.

In 2013, the star voiced Freddie, a character in the movie Frog Kingdom. In 2014, he starred in a film by AwesomenessTV named Expelled.

A year later, Cameron appeared in NBC TV series called American Odyssey. He also starred in The Outfield later that year. In 2015, Cameron released his debut single titled She Bad, followed by a second song All I Want Is You, which features Daniel Skye.

He became the model of Calvin Klein in 2016. In that year, Cameron also starred in a reality series titled Chasing Cameron. In 2017, Cameron became the face of a fashion brand called Penshoppe.

Throughout his career, Cameron has been featured in major media, such as Seventeen, Teen Vogue, and Vanity Fair.

1. Cameron chills on a ship in the middle of the sea

2. The natural pattern on his top is head-turning

3. Cameron was born to be a supermodel!

4. Get business look inspiration from Cameron

5. Cameron tries to be creative with the fire effect

Cameron Dallas has built a huge following in no time. He always seeks opportunities to grow his career as a social media superstar.