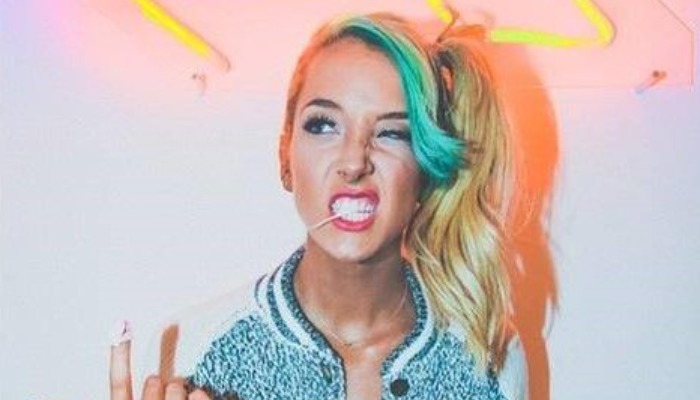 Jenna Marbles thought her life was miserable until she uploaded a YouTube video about tricking people to think you are good-looking.

The video became viral and got five million within a week. She then continued doing impersonations, rants, and mini-memes.

She was chosen to be one of the judges of Internet Icon 2013, alongside other YouTubers, such as PewDiePie, nigahiga, and Timothy DeLaGhetto.

The Virgo woman also made a podcast with her boyfriend Julien called The Jenna Julien Podcast. In 2014, Jenna hosted SiriusXM Hits 1, a weekly pop countdown. She also contributed to a film called Maximum Ride as a producer.

From 2011 to 2016, her channel became the most subscribed female YouTuber.

In June 2020, Jenna decided to quit YouTube after spending a decade with the platform. She announced it to her channel with a video titled A Message.

This YouTuber has been featured in famous media, such as Huffington Post, The New York Times, and ABC News.

She also received many awards and nominations from the Young Hollywood Award, Shorty Awards, and Streamy Awards.

2. She poses with a book and her dog

3. The YouTuber plays with rabbits

4. Her red hair is stunning

5. The YouTuber took a selfie

Jenna Marbles has built a deeply loyal relationship with her fans. Everyone will always miss her on YouTube.