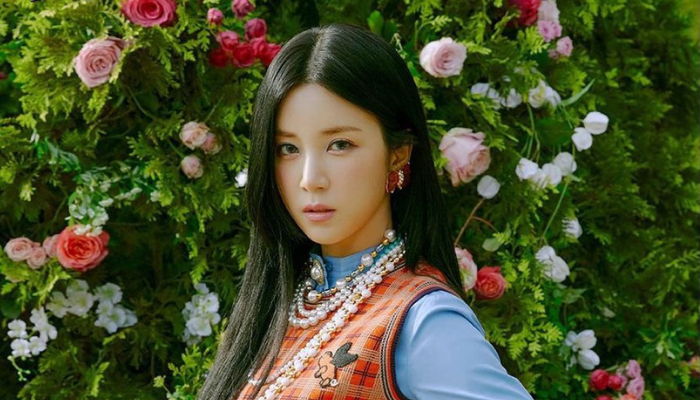 Before Chorong got her fame, she had auditioned at JYP Entertainment until the final round. However, she eventually joined Cube Entertainment.

She was first introduced to the public as a member of Apink in February 2011. At that time, she became the second member to be published.

The publication apparently also directed Chorong to appear in a number of other projects.

For example, as in Beast’s video clip for Shock in the Japanese Version, Chorong appears at the end of the clip.

Prior to her debut with Apink, she and other Apink members had appeared in Apink News, which is the reality show program of the pre-debut group.

Finally, they released their first single entitled Mollayo on April 19, 2011. They also made their debut stage on Mnet’s M! Countdown to perform Wishlist and Mollayo songs.

1. Look how awesome her stage outfit is

3.She is holding her dog

4. She looks so cute yet gorgeous in this pose

5. Chorong looks so pretty even when she’s in the backstage

Chorong is the epitome of a multi-talented woman. She is strong, independent, brave, beautiful, and also has a lot of skills. Who doesn’t want to be like her?