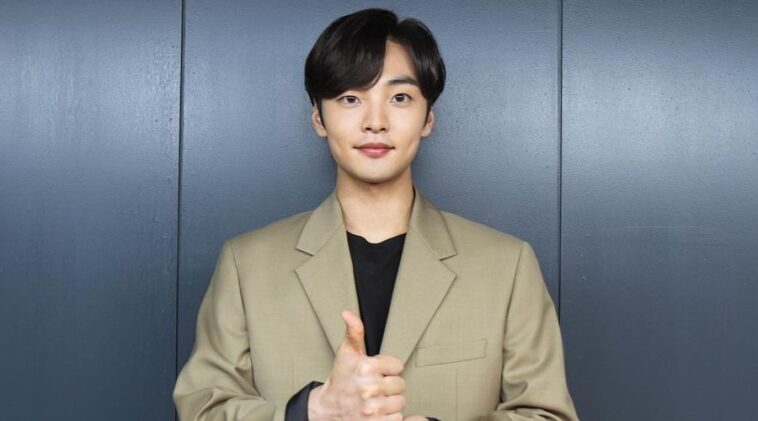 Kim Min Jae has interest in music since childhood. During his middle school years, he studied piano and composition in music academy.

He then attended an audition for CJ E&M and successfully joined them as a trainee.

In 2014, this talented musician was introduced as a rapper by the company. He also became a contestant in rap competitive show titled Show Me the Money 4 in 2015.

Although he was initially a rapper, his career as an actor is more noticeable. He made his debut in 2014 with the drama Forever Young.

Still on the same year, the man from Anyang also had a cameo appearance in I Need Romance 3.

He began to see rise in popularity as he got various supporting roles in the following year. He was casted in My First Time (2015) and Second 20s (2015).

This actor even joined Mamamoo’s Solar for the Second20s’ soundtrack with the song Star.

In 2016, Min Jae starred in the series Guardian: The Lonely and Great God or better known as Goblin.

The series managed to be an international hit. Its popularity helped the actor to gain recognition.

He had his debut on the big screen in 2017. He starred in the film Love+Sling. This Scorpio man was also casted in several more TV series.

2. He has great facial expressions

5. Min Jae can also bring out his badass side in leather jacket

Kim Min Jae is definitely a multi-talented individual. He started out as a rapper, and has since become a successful actor.