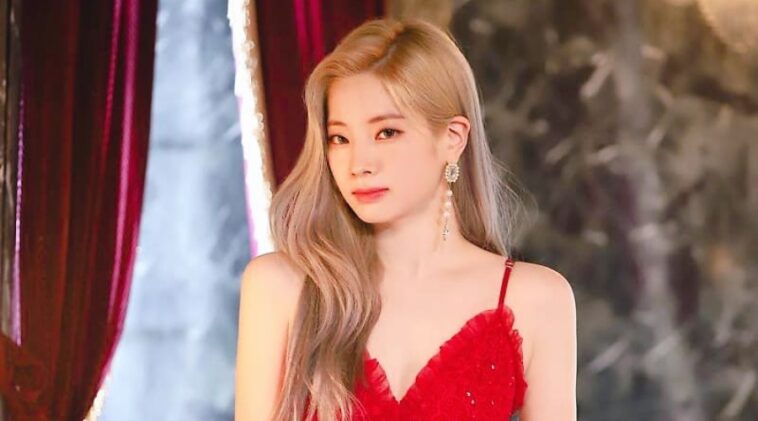 Before Dahyun started a career as a famous K-pop idol, she already had a strong passion for performing arts since she was just a child.

In her childhood, she often sang in a church choir. From this, her desire to be a singer grew up so well.

She attracted the public by her eagle dance which she posted on YouTube when she was just a 6th-grade school student.

One day, Dahyun did a performance at a dance festival. At that festival, she was discovered by a talent scout and finally became a JYP trainee for more than 3 years.

Dahyun then became a participant for Sixteen in 2015, which showcase the survival of the contestant for several episodes.

This show aimed to form a new girl group, which was held by JYP Entertainment x Mnet.

Shortly, this girl successfully joined TWICE, the winning group. She then made her first debut alongside TWICE in October 2015.

In their debut, she and the group released the 1st EP, The Story Begins. Their lead single titled Like Ooh-Ahh successfully hit popularity.

2. Look how gorgeous she is in her little black dress

4. She even looks so much prettier when doing a candid shot

5. The whole stage outfit makes her look so much stunning

Dahyun is not just lovely, but she also has a strong passion for becoming a Kpop idol. Even though her dream already in her hand, but she always tries her best to perform better.