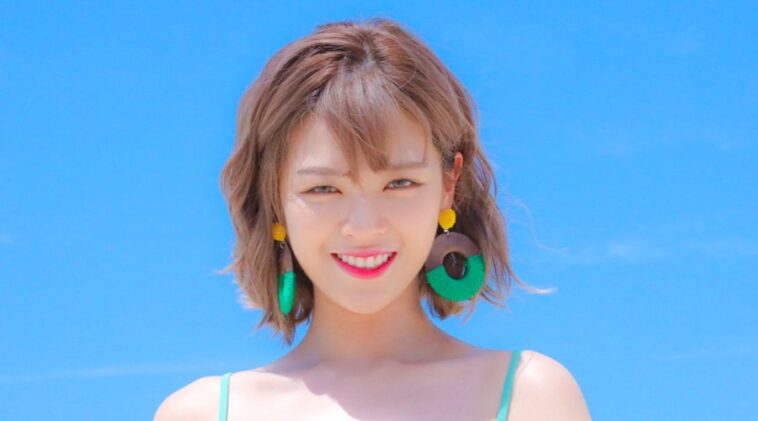 Before Jeongyeon became a well-recognized performer alongside TWICE, she already took some aerobic classes in her childhood.

Later, she gained some interest in performing arts, such as singing and also dancing.

She first took her footsteps by joining a JYP audition when she was just a child. But unfortunately, she didn’t pass it.

In the JYP Open Audition in March 2010, she tried to try again. Luckily, this time she was being accepted by JYP Entertainment and began her training.

Initially, she was supposed to do a debut alongside Nayeon, Sana, and Jihyo. But unfortunately, the program got canceled.

She then became a participant in a survival show called Sixteen, which was held by JYP Entertainment x Mnet to form a new girl group, TWICE.

Jeongyeon successfully became a TWICE member and made her first debut by releasing the first EP, The Story Begins, in October 2015.

1. Jeongyeon’s platinum blonde hair is the most stunning thing in the world

2. She is really a selfie queen

3. Jeongyeon with her white stage outfit is very charismatic

4. Her visual is no joke at all

5. Who wouldn’t fall in love easily with her?

Jeongyeon is really a hard-working girl. She is also beautiful, talented, and has a generous heart. That’s why her fans love her that much.