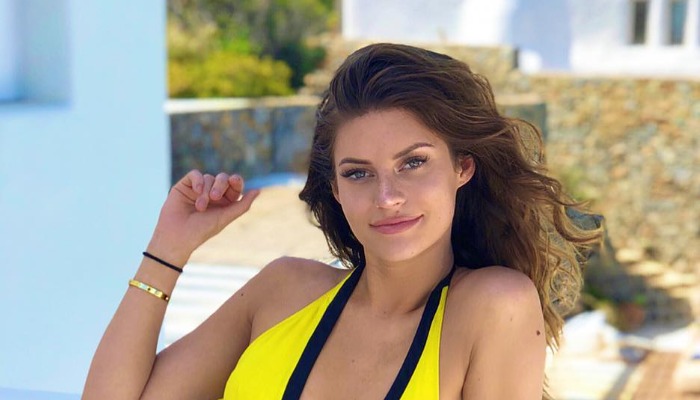 Hannah Stocking began to get her fame when she posted a video on Vine in 2013. Her video about guys’ reactions to girls and vice versa became viral.

Then, she appeared in the music video titled Tumblr Girls by the American rapper G-eazy, Along with her superstar fellow Lele Pons, Hannah also appeared in Blink-182’s music video called She’s Out of Her Mind.

This model got a role in Boo 2! A Madea Halloween, a comedy horror movie. She also joined E! News magazine as its coverage at Grammy Awards in 2017.

As she became an internet star, she shared the knowledge at Dubai’s Vidxb convention in 2017, alongside Lele Pons.

The next year, Hannah starred in Justin Bieber’s lyric video named Hard 2 Face Reality. Alongside Anwar Jibawi, another internet star, she played a role in a comedy series named Amigos.

In her videos on YouTube, Hannah often combines comedy and science. Thus, no wonder she received Pioneer Award from the United Nations on the 2019 Women’s Entrepreneurship Day.

In the same year, Hannah collaborated with the 2019 Streamy Awards and got a nomination for the best comedy act.

1. She dresses up as Harley Quinn for Halloween

3. A selfie from Hannah Stocking

4. The golden outfit is sparkling!

Not only does Hannah Stocking have a great figure, but she also cares about her audience for sharing educational videos.