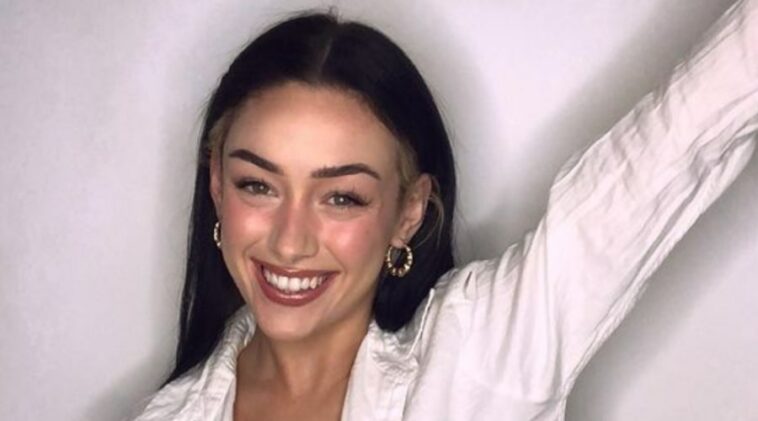 Sophie Fraser, or known as Inoxia, is a singer, songwriter, and TikTok star from Australia, who went accidentally viral on TikTok in November 2019.

She became the most-followed TikTok and Instagram on her social media at a young age.

Inoxia started her music career busking in the market at the age of 13. She has covered many artists, including Amy Winehouse, Adele, Jorja Smith, Beyonce, and the Bee Gees.

At the age of 19, she pursued the art of songwriting, eventually solidifying her transition from a singer who loved covering songs to becoming an artist in her own right. At the end of 2019, her singing video went viral on social media.

In November 2019, a passerby filmed a video of her performing a cover of the hit Dance Monkey and posted it on TikTok.

The video that did not mention her name as a singer went viral.

At the time, Shopie was not a TikTok creator or user and admitted she had no idea what the app was.

The video had already accumulated over two million views by the time. Shopie created her own TikTok account to post her first short video showing a visceral emotional reaction to the viral success of the anonymously uploaded video content of her performance.

After creating her own TikTok account, she uploads longer and better quality versions of Dance Monkey covers, which, of course, also include the original artist’s name.

In the accompanying video text, she implored TikTok to make her video go more viral than the video that was uploaded without crediting her.

Millions noticed her appeal, and, indeed, her videos are far more recognizable than the original uncredited videos uploaded by real TikTok users, which unexpectedly catapulted Sophie’s professional music career to the fore.

There are also no details about Inoxia’s boyfriend. She seems to be more focused on her career.

Inoxia’s net worth is unknown. Her primary income comes from her social media accounts, streaming, music performances, and paid subscriptions.

Inoxia always consistently provides the best content for its fans. She also always thinks positively so that the career she lives in is getting better day by day.