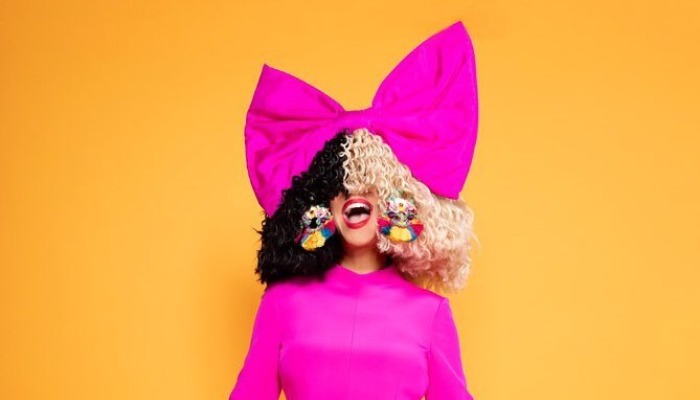 Sia began her singing career as a jazz singer with a local band named Crisp. In 1997, the group disbanded and she launched her debut album called OnlySee.

She then moved to London and became the background vocalist of Jamiroquai and offered vocals for Zero 7.

In 2000, she signed a contract with Dance Pool and released a single titled Taken for Granted.

The next year, Sia produced an album called Healing Is Difficult, and it led her to receive the APRA Awards of 2002.

Sia moved to New York City in 2005 and appeared in a TV series Six Feet Under, which boosted her fame.

Her breakthrough was singing Chandelier in 2014, whose album was sold more than 1 million copies.

Throughout her career, she has performed and wrote songs for famous movie soundtracks including The Great Gatsby, Fifty Shades of Grey, and Wonder Woman.

1. She performed with an all-pink outfit and wig

2. A mirror selfie from the singer

3. Sia wears a big ribbon on her head

4. She looks mysterious with the décor

5. Sia played with her dogs

Sia is one of the most influential singers in the music industry. She has raised the standards of pop music.