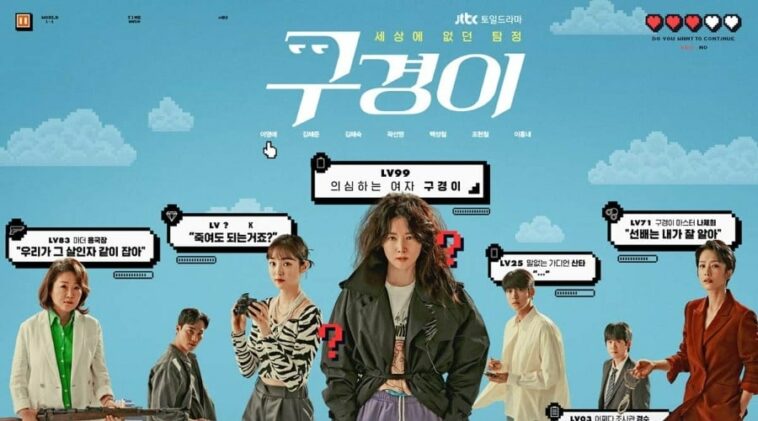 Inspector Koo is a Korean drama about an insurance detective who released on October 30, 2021.

Lee Young Ae is famous for her acting in the Korean Historical Drama title Dae Jang Geum (2003) and received many awards for her appearance. This series is her comeback after 4 years of hiatus.

Meanwhile, Kim Hye Jun is an actress who has played Queen Consort Ho in the drama Kingdom.

She also succeed to bring Best New Artist to the 40th Blue Dragon Film Awards for her role in Another Child.

Kwan Sun Young also known as an actress who has appeared in many famous dramas, there is Hospital Playlist (2020) that brings her name into more successful artist for her role as Ik Jun’s younger sister.

Meanwhile, Kim Hae Sook is a veteran actress who starred in some Korean dramas, such as Hospital Playlist (2020)(2021).

She played different characters in this drama while Sook usually played as a care mother or grandmother.

But in The Inspector Koo, she played a strong dominant insurance director.

Inspector Koo was adaptive from American series titled Killing Eve that was first released on April 8, 2018.

This series will replace the drama Lost that has been ended. Inspector Koo plays on Saturday and Sunday at 22:30 KST on JTBC Channel and Netflix.

Read more: Let Me Be Your Knight – Cast & Summary

She has been a perfect police officer before becoming an insurance investigator and private detective who lived as a game and alcohol addict after her husband died.

One day, she must solve the case of a must-catch serial killer. The murder is innocent and cheerful female student and theater player in the female university student.

She has prepared a murder to get an insurance claim, with her smart and intelligent intuition and the help from her assistant and her friend, will Inspector Koo catch the killer, or be the next victim of a killer?

A smart and perfect police officer who turned her life into an insurance investigator and private detective after her husband died.

An accident makes her come back to analyze the murder case in her 40’s.

An active drama player and student of a female university student. Behind her innocent and cheerful looks, she is suspected a murderer that is aiming for an insurance claim.

The head of the NT Insurance investigation team and the junior of Inspector Koo in the police. She will help her to solve the murderer’s case.

The director of the foundation has a warm and kind personality. She also has an unpredictable aura.

An investigator in the NT insurance helps Inspector Koo in the investigation.