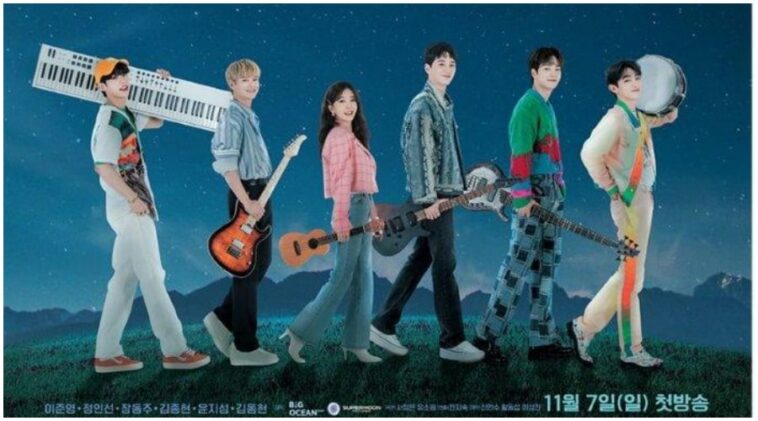 This drama is Jung In Sun next drama in 2021 after acting in Not Yet 30. She also became the main cast of the Korean series Eulacaha Waikiki in 2018.

Let Me Be Your Knight became JR first comeback in drama after his last drama in 2016 titled Their Distance.

This drama was Yoon Ji Sung’s first debut as an actor after being discharged from the Military two years ago.

Not only that, this drama became the debut of Kim Dong Hyun in Korean drama besides his idol career.as AB6IX member.

Synopsis of Let Me Be Your Knight

This romance drama began with the story of a famous member and boy band named Yoo Tae In (Lee Jun Young).

His popularity brings into the sleep disruption that makes him always sleepwalking every night.

The problem got worse when he met In Yoon Jo (Jung In Sun), a tour guide who dream of having a house.

On incident make them collaborate to solve Tae In sleep paralyze and Yoon Jo’s wish for having her own house.

A famous leader and producer of boy band LUNA. He had a sleep paralyzed due to his busyness and sleep disorder. To solve his problem, he asked someone to become his doctor.

Jung In Sun as In Yoon Jo

A cheerful tour guide who dreams of having her own house. She tried to find out another job but trapped in Jun Young problem and suddenly she became his fake doctor.

Trailer of Let Me be Your Knight

korean dramaLet Me Be Your Knight