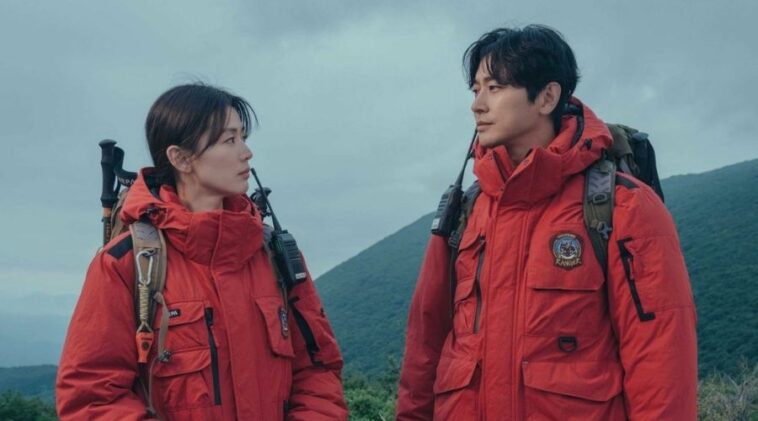 Jun Ji Hyun is well-known for starring in the hugely successful Korean dramas, My Love from the Stars (2013) and The Legend of the Blue Sea (2016).

Jirisan is announced to be aired every Saturday and Sunday at 21:00 KST on tvN to replace Hometown Cha-Cha-Cha.

This drama tells a story about some rangers who come from different backgrounds and skills but become a unity because of an occasion.

These rangers have a strong aim to rescue people who live at Jiri Mountain National Park.

In this drama, there is the top ranger called Seo Yi Kang (Jun Ji Hyun). She has large knowledge about Jiri Mountain National Park and is very strong.

Meanwhile, Kang Hyun Jo (Ju Ji Hoon) comes from a military background. He becomes a ranger after he became the captain of an army.

An excellent ranger who has high knowledge about hiking. She has been experiencing a lot since a long time ago and initially, she thinks the mountain is really dangerous.

After she meets Kang Hyun Jo, that perspective slowly fades away.

Even though very excellent in military service, he hides a secret really well. He then decides to become a ranger because he feels the mountain calls him over and over again.

He begins to be a partner of Yi Kang and trust each other.

He has been working as a park ranger for a very long time. He is the branch office’s head and a very honest person.

He is a responsible person and excellent with his job. Unfortunately, his family left him because he failed to help them.

He really loves taking a vacation and very realistic person. He always takes care of himself before he gets involved in others’ problems.

But he is actually a good person and responsible with his work.