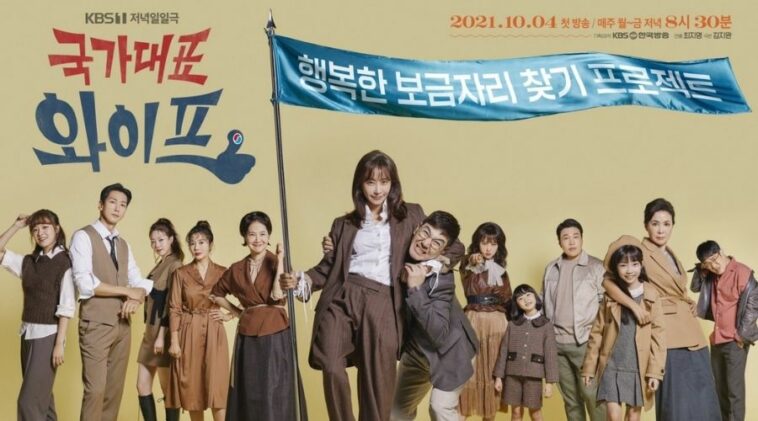 The All-Round Wife, a family drama, has just started its release date in previous October 4, 2021, on KBS1 network.

This drama is starred by Han Da Gam as the lead female, Shim Ji Ho as the lead male, and Han Sang Jin as another main character.

Previously, Han Da Gam had starred in a K-drama called Graceful Friends in 2020.

The All-Round Wife is aired from Monday to Friday on KBS1 20:30 KST to replace Be My Dream Family.

Synopsis of The All-Round Wife

Seo Cho Hee works at an advertising company as a hard worker account executive since a long time ago.

Cho Hee has been working there for approximately twelve years. She always does her best at her company.

She also has a dream to buy a luxury apartment in Gangnam. Unfortunately, it’s hard for her to make that dream comes true.

While experiencing her low condition, she finally knows that her real happiness comes from her own family.

A 38 years old woman who has been working as an account executive for an advertising company for 12 years. She wants to buy an apartment in Gangnam.

He is the husband of Cho Hee and works as an associate professor at Han River University.

A 37 years old man who works as a lawyer.

Won Ju and people around her

Trailer of The All-Round Wife