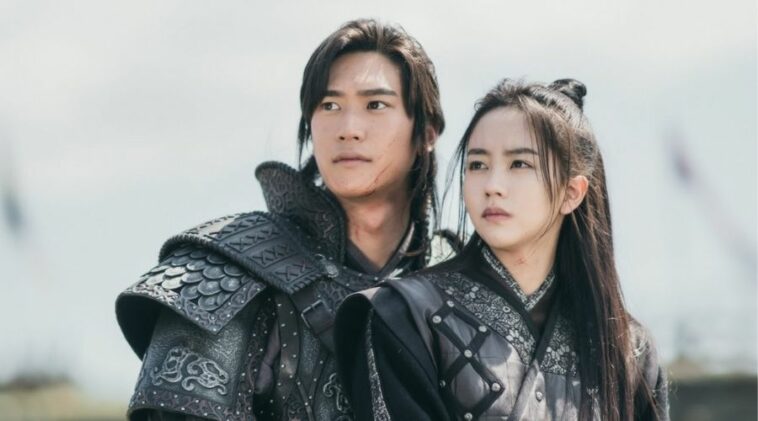 This drama actually is an adaptation of a folk tale called Tale of On Dal. This folk tale contains a historical record called Samguk Sagi (The History of Three Kingdoms of Korea).

But after Ji Soo got involved in some controversial issues, he dropped out from this drama. His role then was replaced by Na In Woo.

River Where The Moon Rises was aired on KBS2 at 21:30 KST every Monday and Tuesday and replaced the schedule of Royal Secret Agent.

Synopsis of River Where The Moon Rises

This drama is a classic Goguryeo history, where in this drama, there is a love life between Princess Pyeonggang (Kim So Hyun) and also On Dal (Na In Woo).

Princess Pyeonggang is actually a real princess. Even so, she has been raised as a brave soldier of Goguryeo.

As a soldier, she also owns another name, Yeom Ga Jin. She also has a strong desire to bring back the victory of Goguryeo.

Pyeonggang is really an ambitious woman, and she really wants to be the first queen of Goguryeo.

But unfortunately, Princess Pyeonggang uses another way to reach her dream by using On Dal’s feelings toward her.

A princess of Goguryeo who has an ambitious and brave personality. She becomes a soldier since she was born and her ambition is to be the first Goguryeo’s queen.

Na In Woo as On Dal

This young gentleman loves peace more than anything. He is genuine and sincere. But because of his feeling toward Pyeonggang, he prioritizes her safety over her principle to be a peace maker.

A perfect young gentleman, handsome face, charismatic aura, and a lot of talents. He wants Princess Pyeonggang to be his woman and ready to do anything to reach it.

Similar to Pyeonggang, she wants to take control of Goguryeo as she wants. She falls in love with Go Geon.

Trailer of River Where The Moon Rises

korean dramariver where the moon rises