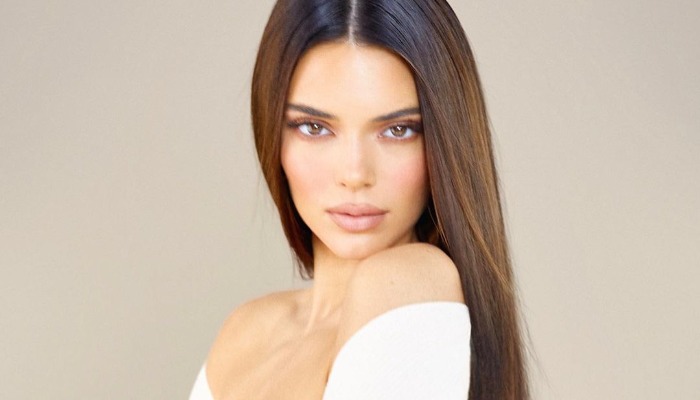 Kendall Jenner began her first appearance with her family on the TV show Keeping Up with the Kardashians. However, her modeling photoshoot began when she was 13.

Then, she got her first job with Forever 21 for their campaign named Rocker Babes with a Twist. Next, she was featured in Teen Vogue in 2010.

Her appearance became more prominent. She walked for famous brands, such as Mercedes Benz, Chanel, and Fendi.

She also became the cover of magazines, like American Cheerleader and Lovecat.

In 2015, she made her debut at Victoria’s Secret Fashion Show. More popular magazines like Harper’s Bazaar and GQ asked her to be their cover.

The next year, Madame Tussaud’s London Fashion Week Experience recreate her figure, along with Cara Delevingne.

She continued to make an impact as a supermodel. She was listed as the highest-paid model around the globe in the 2018 Forbes’s list.

1. She looks sexy with black lingerie

2. A selfie from the supermodel!

3. She is lovely with red lipstick

4. This silver dress is her appearance for Versace

Even though her family background helps her gain fame, her talent makes her way to the model industry.