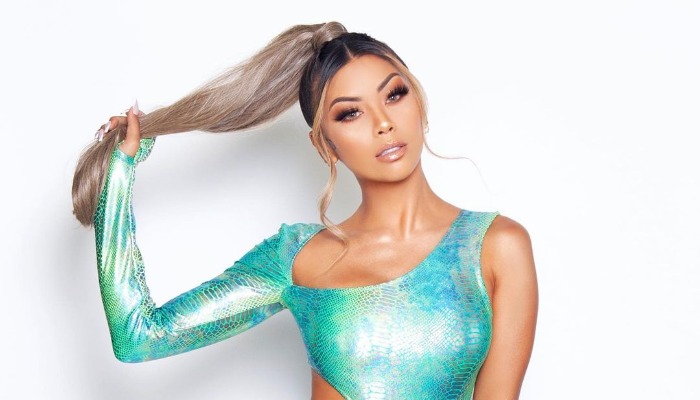 Liane V has gained interest in the entertainment industry, as she joined a lot of classes in ballet, singing, and acting.

She began promoting herself on social media on YouTube and Instagram. Liane created a YouTube channel in 2008 and shared vlogs, fashion and beauty tutorials, and her music videos.

Along with her boyfriend, Don Benjamin, she made a YouTube channel named Forever Us.

Previously, she also joined Vine and got four million followers on the platform before it was shut down.

In 2018, she released her debut single called No More, and it was followed by other songs, including Lets Go, Out of This World, and I Wanna Be in Love.

After gaining popularity, Liane signed a contract with an agency named Brand X.

She often hosted the red carpet events for TV competitions, including The X Factor, The Voice, and American Idol. She also appeared in the music videos of the Far East Movement and Tyga.

1. Liane looks sporty with the short pants and crop-top jacket

2. The red dress looks gorgeous on her

4. She proudly shows her shoe collection

Liane V is the perfect combination of beauty, talent, and hard work. No wonder the artist has earned millions of fans across platforms.