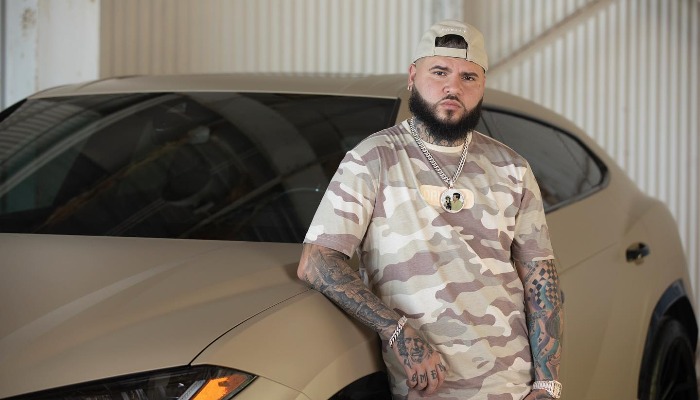 Carlos Rosado, known as Farruko, began his music career at the age of 16. He uploaded songs using his stage name on MySpace.

The first single he wrote is called Sexo Fuera del Planeta. It gained him many followers, and he started producing songs on other social platforms.

His debut album titled El Talento del Bloque was released in 2009. He collaborated with other singers, such as José Feliciano, Cosculluela, and Julio Voltio.

Farruko started gaining international fame after collaborating with J Balvin for 6 AM in 2013.

He co-wrote Encantadora in 2015 with Yandel and won a Latin Grammy for the song in 2016. His album Visionary in 2015 raised to #1 on the Billboard’s Top Latin Albums chart

He collaborated with other artists, including Zion, Myke Towers, and Sech to release the remix of Si Se Da in 2019.

The singer got a Latin Grammy for his collaboration with Pedro Capó for Calma Remix in the same year.

1. Farruko has many tattoos on his body

2. The singer looks cool by posing on a plane

3. Farruko poses with one of his cars

4. The star pattern on his outfit is outstanding

Farruko has built his way to gain fame and success in the music industry.