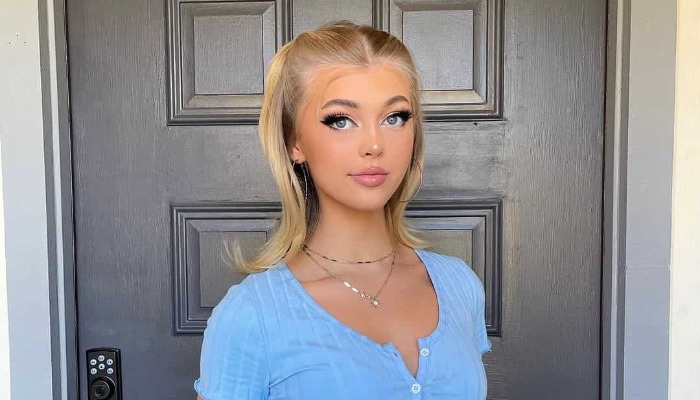 Loren Gray started gaining fame when posting videos on musical.ly in 2015. The platform was merged with TikTok, then she became the TikTok star in 2018.

In the same year, she signed a record deal with a British record label, Virgin Records. She released her first single named My Story.

Next, she launched her second song named Kick You Out, written by multi-platinum American songwriter Ido Zmishlany.

In 2019, she was featured on Anti-Everything with Lost Kings. Loren also launched her upcoming singles named Options and Lie Like That.

For writing the former song, Grey partnered with Captain Cuts.

Then, she collaborated with American rapper Saweetie to create a single called Can’t Do It. Next, Loren was featured in The Man music video by Taylor Swift.

Throughout her career, Loren had received numerous nominations. In 2016, Teen Choice Awards nominated her for Choice Muser.

In 2020, she was nominated for International TikToker from the BreakTudo Awards.

3. The blue top makes her look like a Barbie

4. Gray looks gorgeous on that dress

5. Is she an angel falling from heaven?

Loren Gray does not arise overnight. It takes passion, time, and consistency to reach her fame.