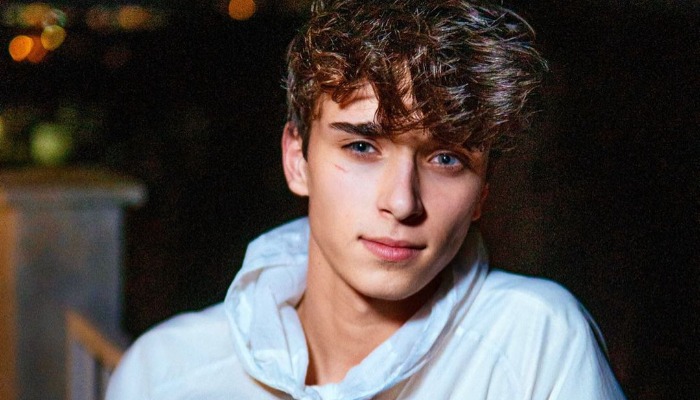 Josh Richards had built his fame at such a young age, specifically when he was 14.

He joined musical.ly, which later became a huge video-sharing platform named TikTok. His posts on TikTok include lip-syncing, dancing, and daily activities.

In 2019, he joined a social group called Sway House, along with other internet personalities named Anthony Reeves, Jaden Hossler, and Griffin Johnson.

Then, he starred in several films, like Under the Stadium Lights, Summertime Dropouts, and Brother’s Keeper.

In March 2020, he signed a contract with Warner Records and launched a diss track with Bryce Hall for Charles Hudson called Still Softish.

In July 2020, he was featured in James Charles’ video, along with other Sway House members.

Then, in 2020, he was offered equity and became the chief strategy officer in Triller, a TikTok rival. He also built a clothing line named Buddy’s Hard.

1. Let’s chill on the side of the pool with Josh Richards

2. This TikTok star looks charming from any angle

3. Richards’s side profile is amazing

5. Which one do you admire, Josh’s face or the sunset?