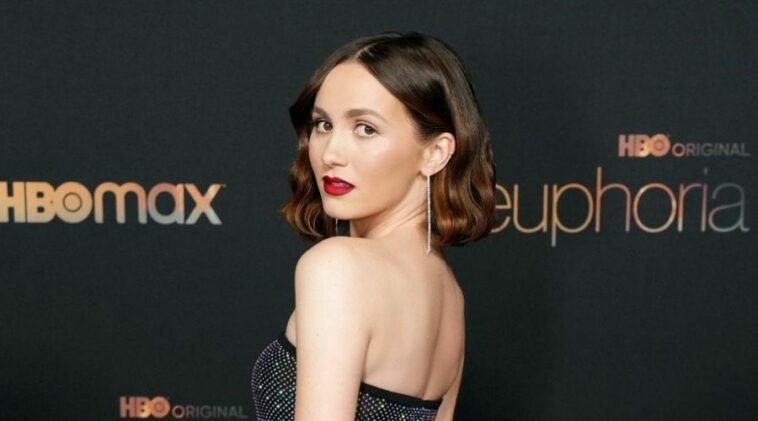 Maude Apatow started her acting career when she was just 7 years old for her father’s comedy movie, The 40-Year-Old Virgin (2005).

Unfortunately, her scenes were cut-off, so she didn’t appear in that final cut.

But later, in 2007, Maude appeared again in her father’s movie, Knocked Up, alongside her sister, Iris Apatow.

Two years later, this Sagittarius actress made an appearance for Funny People (2009) and played a character as Mable.

She finally got a chance to play with senior actor Paul Rudd in the 2012 movie, This Is 40, and got a role as Sadie.

Because of that role, she earned a nomination as Best Young Actress for the 2012 Pheonix Film Critics Society Award.

In 2015, Maude appeared as a cameo for the popular hit movie, Pitch Perfect 2, which was followed by her next role as Cleo in Girls, an HBO series.

She continued her career as an actress for Other People (2016), a comedy-drama movie that gave her first main role in the movie which didn’t involve her own father.

After that, Maude improved her acting skill by appearing in The House of Tomorrow (2017).

She also directed, wrote, and acted in her own short movie, Don’t Mind Alice, with Olivia Rosenbloom as her co-director.

And finally, in 2019, she gained huge popularity after acting in Euphoria as Lexi Howard, which was followed by her role in its second season in 2022.

Maude Apatow is not only a sweetheart, but she is also a very good actress. She is humble, down-to-earth, and always has an eagerness to learn.