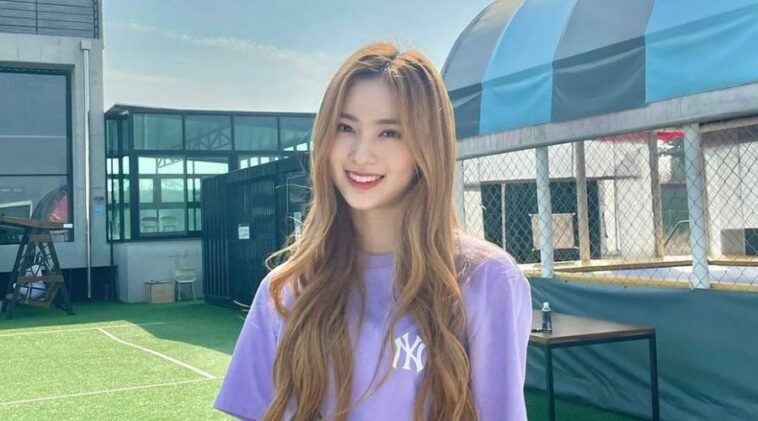 Hirokawa Mao or well-recognized by May, actually started her career in the entertainment industry when she became a part of a dance cover team, MRY-N.

Becoming a member of that team made her realize that she would love to pursue a career as a performer.

After some considerations, she decided to leave her hometown, Japan, to move to South Korea to pursue her dream.

Long short story, she then was accepted by an agency called FNC Entertainment.

She worked hard during her pre-debut days, starting with singing, dancing, and some other performing skills.

May finally got a chance to debut when the agency announced her as one of the members of Cherry Bullet in November 2018.

Followed by the announcement, she then made her first debut alongside the group on 21st January 2019 by releasing their debut EP, Let’s Play Cherry Bullet.

1. What a perfect visual

2. Her hairstyle is so awesome

3. May’s dress is such a good choice for her

4. She is as beautiful as the flowers

May is a very cheerful, bright, fun, and lovable K-Pop idol. With her charms, no wonder so many fans fall in love with her.