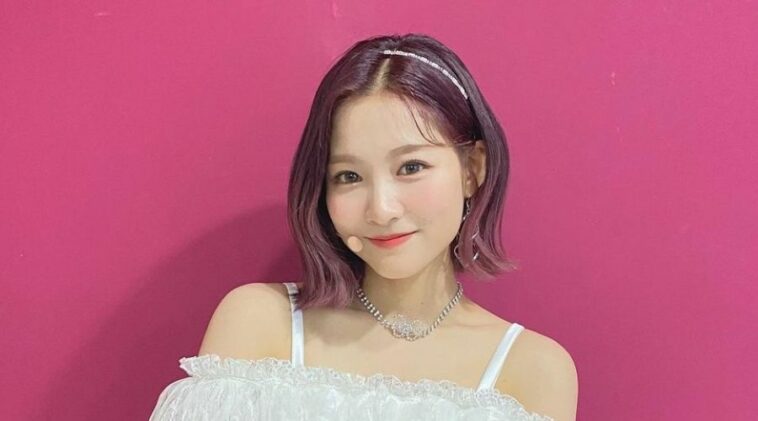 Initially, Katsuno Rise or well-known by the name Remi, took her first footstep to be a performer when she was just a little child.

During her childhood days, she already became a member of a Japanese group called Prisma Mates. But the period was very short and the group then disbanded.

Remi then tried another path to reach her dream to be a performer. She made a grand decision to moved to South Korea to find her way.

Long short story, Remi finally became a trainee for FNC Entertainment. After doing several proper training, Remi then got a chance to debut with a new girl group.

The agency announced her as one of Cherry Bullet’s members, the new FNC Entertainment’s girl band, on 23rd November 2018.

Two months later, Remi made her debut alongside the group by releasing the Let’s Play Cherry Bullet EP on 21st January 2019.

1. She looks so cute with that student uniform

3. She looks mature in this photo

4. We love her smile so much

Remi is a very cheerful, hard-working, and generous person. Not only do those personalities make her shine, but her talents in dancing are so awesome!