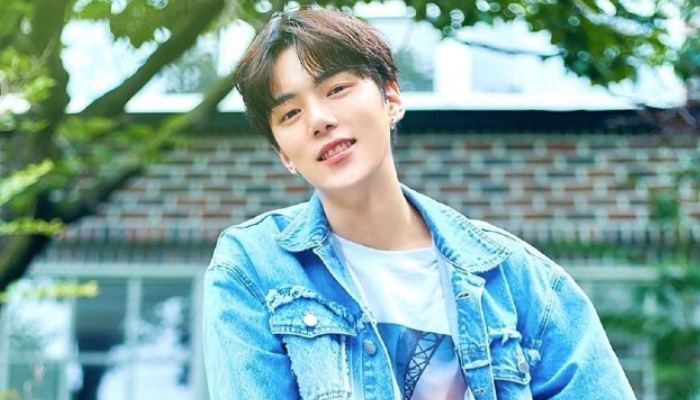 Minhyuk began his journey as an idol by joining Starship Entertainment. Then in December 2014, he joined in a survival reality show No Mercy.

In the show, this Scorpio man had to compete with 12 other trainees to get a debut.

Many viewers often underestimated him during the run of the show.

Minhyuk was seen as an outsider who has no chance to win. In the end, this talented singer managed to prove everyone wrong and came out as one of the winners.

For his win in No Mercy, Minhyuk got to join new boy band Monsta X. He made his debut with the group in May 2015.

They released an EP titled Trespass. The EP managed to get to number 5 on Gaon Album Chart.

Minhyuk also got to do solo work outside of Monsta X. In June 2019, he released a mixtape single titled 옹심이 (Ongsimi) featuring fellow member Joohoney.

A music video was released on Starship’s Youtube channel to accompany the song.

Other than being a singer, the man from Gwangju also became an MC. He took on the responsibility as MC in several shows, including Inkigayo and Back to the Idol.

1. Minhyuk has got amazing style

2. The combination of silver and red suits him well

3. Loving his side profile

5. His outfit looks comfy and cool at the same time

Minhyuk is definitely an important member of Monsta X. We are excited to see more of his future.  projects