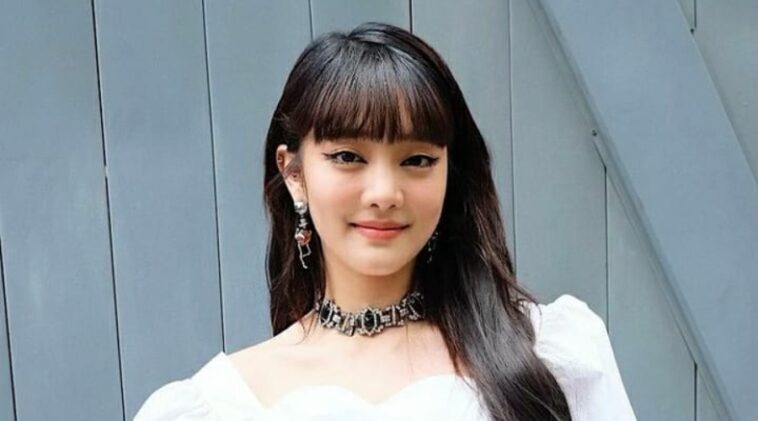 Since childhood, Minnie has surrounded by the music field by taking piano and vocal lessons.

She also often participates in music and art activities at her school. Finally, in September 2014, her teacher suggested her auditioning for Cube Entertainment.

After passing the audition, she finally left for Korea in 2015. A year later on March 23, 2016, Minnie was introduced to the public through Instagram Cube trainees.

Prior to her debut, she had appeared in several events, such as the Unpretty Rapstar 3 concert with Jeon So Yeon (2016), Rising Star Cosmetics (2017), to Line Friends’ Twinkle Twinkle Little Star and Line Dance Party! (2017).

Finally, she made her debut on May 2, 2018, with (G)I-DLE. They released a mini-album titled I Am and the song Latata. The group’s popularity peaked at that time.

Minnie is also active in her solo career. In 2020, she wrote and composed the songs I’m the Trend and Tung-Tung (Empty) with FCM Houdini.

She has also ventured into acting, where in September 2020, she made her acting debut in the sitcom So Not Worth It on Netflix.

1. She kills everyone with just one look

2. But she can look very cute and calm, too

3. Minnie is a cool goddess

4. This casual yet chic look makes her very stunning

5. Our Minnie looks so fire in this suit

Minnie is really the perfect definition of a perfect woman. She is very cool, nice, pretty, and talented. Who doesn’t want to be like her?