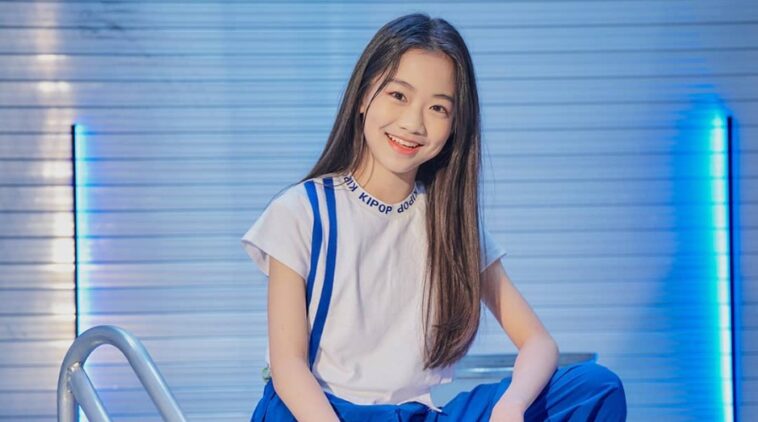 Na Haeun began her career when she was just 4 years old. She appeared on SBS’ television show Star King in 2012.

In 2014, the girl from Daegu made another appearance on television. This time, it’s for the reality competition show K-pop Star.

She performed dance and song covers of FROZEN OST’s Do You Want to Build a Snowman and SISTAR’s Touch My Body. From this show, Haeun got lots of attention and gained many fans.

At the same time, she also started her own Youtube channel Awesome Haeun. This talented young girl uploaded many dance covers of famous K-pop songs.

Her first video ever is a cover of Apink’s Mr Chu. Since then, she has released covers of Twice’s TT, BLACKPINK’s How You Like That, SUPER JUNIOR’s House Party, and many more.

She also has done some dance collaborations with ENOi, PENTAGON, and ONEUS.

After becoming a Youtube star, Haeun still gives out incredible live performances from time to time. She performed on the 2017 Melon Music Awards (MMA) for the Best Dance Awards.

She covered each nominee’s iconic dances for the announcement. The audience loved it so much, Haeun got invited to dance again for the 2018 and 2019 MMA.

Other than dancing, the girl born in 2009 also has great interest in singing. After years of covering other people song and dance, she released her own song So Special in 2018.

The song featuring Microdot was released under KidsPlanet. As stated by her parents’ comment on the music video, this is not her official debut.

1. Haeun is looking fierce and ready to burn the dance floor

2. This is one adorable looking picture

3. A bit of glam from Haeun

5. She looks really stylish in black

With her amazing dancing skill, there is no doubt that Na Haeun will make it big in the entertainmet industry if she chooses to dive into it.