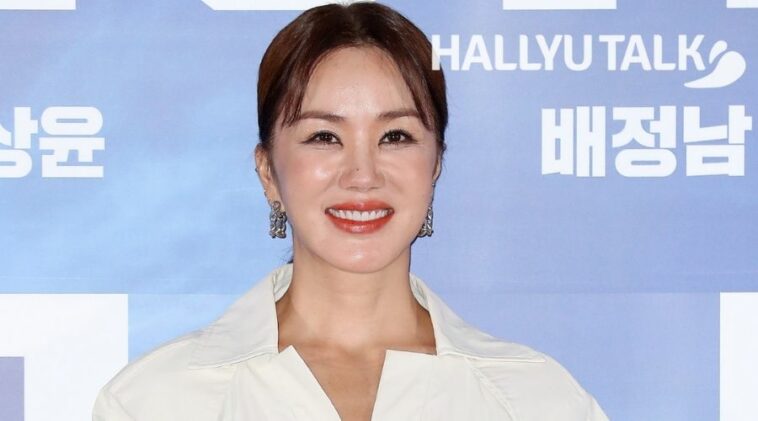 Uhm Jung Hwa started her career an entertaining by becoming a top Korean female singer in 1993.

In that year, she released her debut studio album, Sorrowful Secret, which contained various popular songs, such as Sad Expectation, A Love Only Heaven Permits, and Tell Me.

Not only in music, but Jung Hwa also expanded her career as an actress and started to appear as a minor role for some small screens, such as Police (1994), Angel Inside the Mask (1995), and Park Bit-na (1997).

In 2000s, she focused more in the acting industry by taking various different roles.

Not only that, but Jung Hwa also tried to experiment with various musical genres and her favorite was electronic music.

Four years later, in 2004, she made a release of her album, Self Control.

In 2005, she got her acting career breakthrough after appearing in All for Love and Princess Aurora, which later was followed by For Horowitz (2006) and Five Senses of Eros (2009).

She then came back to the television by joining drama A Witch’s Love, and later was continued by her appearance in You Are Too Much (2017).

In 2020, Jung Hwa formed a supergroup Refund Sisters with Jessi, Hwasa, and Lee Hyori, and released the debut single Don’t Touch Me in October 2020.

Uhm Jung Hwa has tons of inspiring and successful stories to tell, but her charm and talents will always be a unity to be adored.