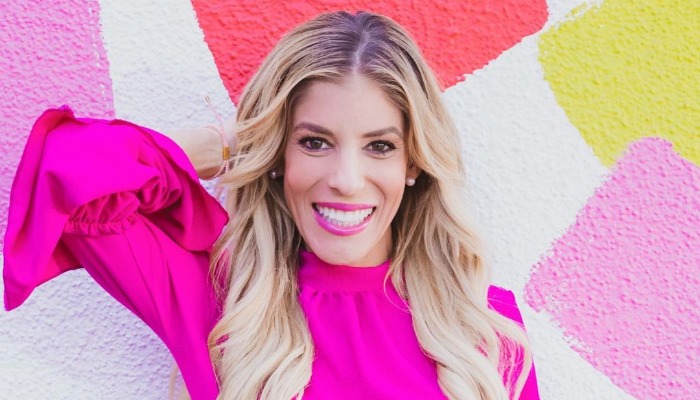 The motivation of Rebecca Zamolo when starting a YouTube channel was to document her wedding process.

Her flash mob with her husband, Matt Slays, went viral. She thought she can do it all the time, and continue posting videos on the channel.

Previously, she has been interested in the camera and performing. So, after graduating high school, she became a professional cheerleader for the San Jose Sabercats.

Since then, she started appearing on TV and working for commercials.

After that, she moved to Los Angeles and did improv comedy at The Second City. She became more popular after performing in 2010 at The Late Late Show with Craig Ferguson.

Zamolo was invited to the Famous Birthdays office in October 2018. She was also invited to talk on BeondTV in August 2020 about her new app called The Game Master Network.

Throughout her career, Zamolo has collaborated with many actors, such as Dean Norries, Rampage Jackson, and Matthew Morrison.

1. She believes every storm in her life is followed by a rainbow

3. Her pose with the balloons is adorable

5. Her gymnastic skill is amazing

Rebecca Zamolo is a talented entertainer on the Internet. She has built her own success since she was young.