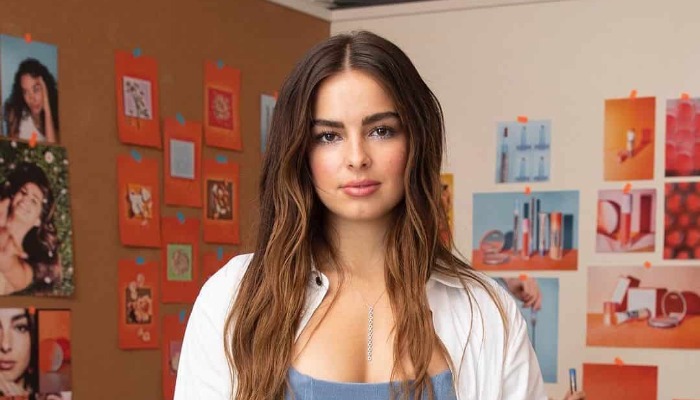 Addison Rae got famous due to her video on TikTok when she was babysitting some middle schoolers. There, she joked about it, then the video became viral.

She was actually planning to become a sports events broadcaster, but since she gained millions of followers on the platform, Rae moved to Los Angeles.

Her fame on social media led her sign a contract with a talent agency named WME. Her family signed the contract too. She also started uploading videos on YouTube.

In December 2019, she formed a group of TikTok stars called Hype House. Some of the members of the group were Chase Hudson, Dixie D’Amelio, and her sister Charli D’Amelio.

In 2020, she launched a podcast with her mom, Sheri Easterling, called Mama Knows Best. She also starred in a campaign for Kim Kardashian’s product, Skims.

Addison was nominated for Creator of The Year from Streamy Awards. In the same year, the People’s Choice Awards also nominated her for The Social Star.

“Be your own source of happiness.”

“Self care is important!”

“Do what makes u happy.”

just a reminder: you are not going to be perfect. if you make mistakes, they do not define who you are.

“Sunrises and sunsets make everything better.”

“Self love is everything. But life is so short and never promised. So love everyone and LOVE HARD.”

“Sunglasses to cover the fact that I’m tired is always a win.”

“Good morning beautiful people who are worthy of love, peace and happiness.”

“I miss my cheeks getting sunburnt from swimming so much.”

1. She looks sexy with that black dress

2. The blue outfit matches with the golden sunset behind her

3. She is both energetic and acrobatic, right?

5. Addison Rae is ready for a summer party

Addison Rae deserves her fame as she is more than having a perfect beauty. She has spread happiness and inspiration to everyone.