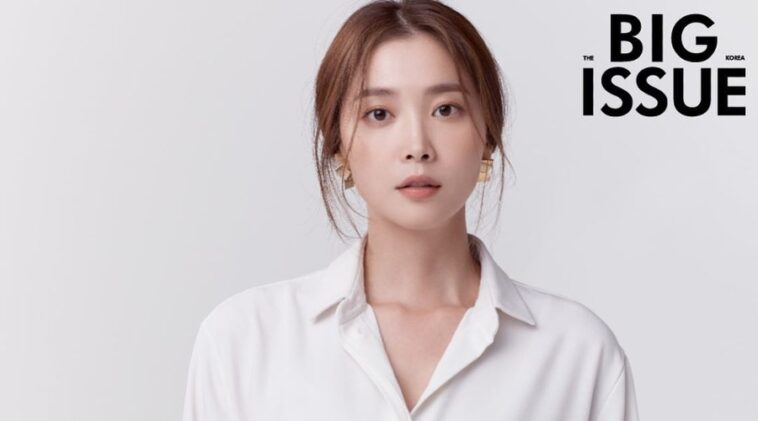 Oh Yoon Ah first started out as a racing model. Then in 2000, she participated in Cyber Race Queen Contest. She managed to win and began to get some recognition.

In 2003, this model became an entertainment reporter in Section TV. However, she once stayed silent for three minutes during a live interview. This resulted in her getting fired.

Afterwards, she began to venture more into acting. She made her debut in 2004 with the TV series Into the Storm.

In the same year, she got a supporting role in the sitcom Old Miss Diary. This series managed to launch her into stardom.

This actress continued to star in many more series. Her most notable one in the early days of her career is Alone in Love (2006).

From this series, she won her first award which is the Best Supporting Actress in a Miniseries at SBS Drama Awards.

With her newfound success, Yoon Ah got many more chances to star in films and TV series.

1. She is showing off her boss-lady side

2. She pulls off this detailed dress so flawlessly

3. Her style is so unique and cute

Oh Yoon Ah has shown amazing acting skill since the early days of her career. No wonder many looks up to her.