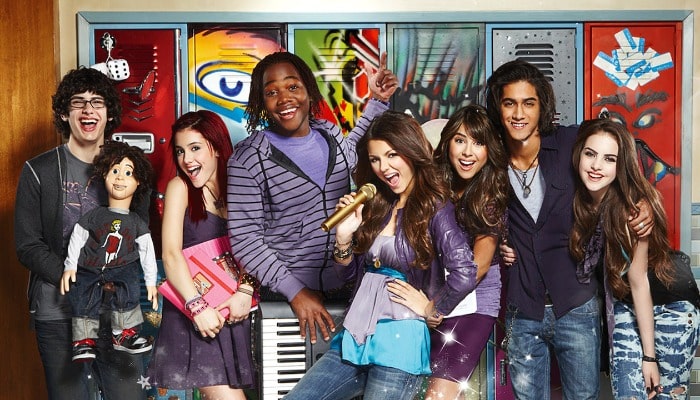 Victorious, a sitcom for teenager which releases since 27 March 2010 is one of favorite television programs that was loved by many people.

It tells about Tori Vega, a candidate of great singer once she joined a school festival called Hollywood Art. Since that time, Vega always finds a crazy situation in her daily life.

Read more: Then & Now, 9 Charming Looks From The Cast of ‘Girl Meets World’

Victoria Justice is main character of Victorious. This years is a quite busy year for her. In January she joined in Push movie.

Then, she appeared in 50 States Of Fright. Her next movie is Afterlife Of The Party which will release in 2021.

Matt Bennett prefers to be a singer, as he released his first studio album Terminal cases in 2016. He also became a guess in some shows like The Big Bang Theory, Shameless and Grey’s Anatomy.

She married with record producer, Michael Corcoran on 8 August 2020 that she shared in her Instagram account at 17 September 2020.

Her latest project with Seth Macfarlane entitled Song From Home that you can hear in many music platforms.

Read more: Wow! These 9 Celebrities Were Born on The Same Day

In 2014, Daniella Monet played in Rachel Return as Danielle and Fairy Of Summer  as Tootie. Now. she focuses in her career as Youtober.

Her channel name is Daniella Monet, where she shares her daily life routine.

Then, she got married to Andrew Gadner and having their first baby in 29 September 2019. Now, she is expecting her second baby in their 9 years married.

Avan Jogia plays in many movies and film since he finished her career in Victorious. He plays in Ten Thousand Saints, I am Michael, Here Now, Shangri-La Suite, The Drowning, The Outcasts, The Year Of Spectacular Man, A Midsummer Night’s Dream, The New Year Romantic, Paper year, Shaft, Zoombieland : Double Tap, The Artist’s Wife.

Then, he also played in television program Now Apocalypse as Ulysses Zane in 2019. His latest project was The Stranger television series in 2020.

Ariana Grande becomes a very successful singer. She gains many award for her work about 61 winning awards and 132 nominations.

People are talking about her engagement with Dalton Gomez, since she shared her engagement ring in her Instagram. Her latest album is Position in 2020.

All cast of Victorious television program become very successful people in their career.

They also look different and awesome, as they grow up. What Do you think about them? Are you one of big fans of all cast?