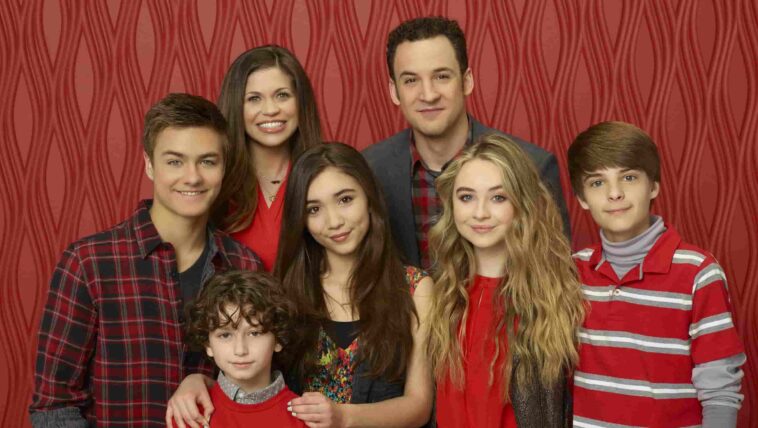 The story focuses on Riley Matthews as a teenager and her school life with friends as well as how they are dealing with it.

Since the TV program already ended 3 years ago, the cast of this program have changed to be an adult.

All of them turn into a very beautiful and handsome person. Here are the charming looks of 9 cast of Girl Meets World.

Read more: Wow! These 9 Celebrities Were Born on The Same Day

Amir Mitchell-Townes acts as Isaiah ‘Zay’ Babineaux. He is a great rapper with name Uhmeer with his duet song with Sabrina Carpenter Hold Tight which released on 22nd of November 2018.

He changes his hair style and looks awesome nowadays.

August Maturo changes a lot and turns to be a handsome boy. He played in The Nun in 2018 with Bonnie Aarons, Taissa Farmiga, and Demian Bichir.

Then, in 2019, Maturo took a part in a movie Shepherd: The Story of Jewish Dog  as Joshua.

Ben Savage mostly focuses on TV series in 2020. He plays in Homeland as Young Saul Berenson and Love, Lights, Hanukkah! as David.

He also graduated from Stanford University with a degree in Political Science in 2004.

Cecilia Balagot changes her hair to orange and black colors. She plays in Dispatches from Elsewhere in 2020.

Cecilia was in relationship with Oliver Schumacher in 2018. Then, she posted herself with Cory Fogelmanis with the caption “my fake boyfriend”.

Corey Fogelmanis played in Ma as Andy and Into the Dark as Brett. He has rumor dating his co-star in Girl Meets World, Sabrina Carpenter.

However, both told that they are just friend. Now, Corey chooses her long hair which makes him look cool and mature.

Danielle Fishel has married to American writer and comedian, Jensen Karp in 2018. Before, she married to Tim Belusko in 2013 and decide to divorce in 2016.

She has one lovely kid from her marriage. She directed a film in 2020 entitled Just Roll With It episode Aliens Among Us.

She is in relationship with Angelina Appel, an American beautiful actress.

Rowan Blanchard is a former kid star who is famous with her acting in Spy Kid movie series.

She played in a film A World Away as Jessica in 2019. Then in 2020, she took a part in a television drama series Snowpiecer as Alexandra Cavill.

Sabrina Carpenter is well known as a singer. Her songs are Why, Eyes Wide Open, Almost Love and a hit song On My Way feat Alan Walker & Farrukol.

She is also active in acting. Her last films are Work It, Clouds and The Disney Family Singalong: Volume II as well as Royalties television series.

All cast form Girl Meets World already changed to be handsome and pretty people. What do you think about their appearance nowadays?