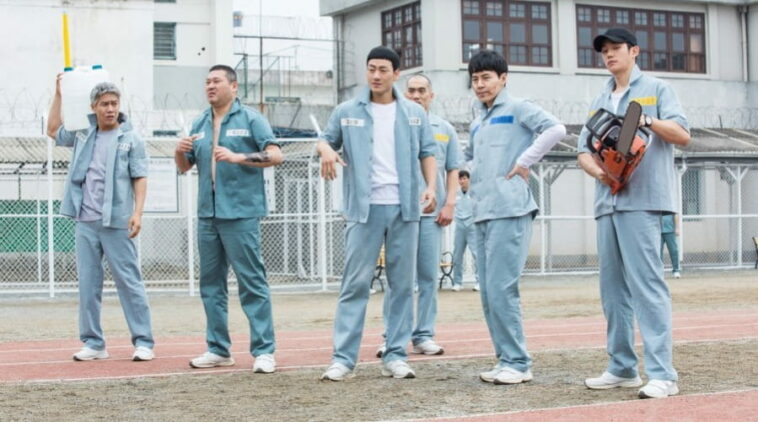 A popular black-comedy Korean drama, Prison Playbook, made its airing period starting from November 22, 2017, until January 18, 2018.

Initially, this drama title was Gamok or Prison. But the crew then changed it into the current title, Prison Playbook.

Jung Kyung Ho had become the main actor for One More Happy Ending in 2016 and also Missing 9 in 2017.

Prison Playbook was aired on tvN at 21:10 KST every Wednesday and Thursday to replace the schedule of Avengers Social Club.

The highlight of this drama is to show the story between the prisoner and prison staff.

There is a relief pitcher in South Korea who is really talented. That guy is Je Hyeok (Park Hae Soo), who had planned to go to the United States to expand his career.

His plan to be a part of a major league team is canceled because one reason. One day, there is a strange event occurs when his sister screams and there’s a man walking out of the apartment.

Try to save his sister, Je Hyeok finally fight with that man and hit that man with a medium rock. This act leads her into the prisoner.

On the other side, he has a friend who works as a staff of the prison, Joon Ho (Jung Kyoung Ho). Je Hyeok then waits for his arrival to help him.

A baseball athlete who is very talented. He almost got into the major league team in the US if only there is not an accident that assault his sister.

A best friend of Je Hyeok and also a prison staff.